On the 31 August the Edmund Rice Year 7-10 team travelled to Valentine Sports Park Glenwood for the Semi Finals of the NSWCCC Football Knockout. The opening fixture against Carroll College, Broulee ended 3-0 in favour of ERC, with goals thanks to Noah Crapis and Zane Stevenson. The Grand Final took place just three hours after the Semi-Final, which saw Edmund Rice College come up against Lewisham Christian Brothers High School. The game was fought with intensity from Lewisham which saw them break away with a 3-0 victory due to an aggressive first half display.

Well done to this squad for getting this far into the CCC Knockout. They are now titled the second best team in the state which is an amazing achievement with half the team eligible to play next year! We look forward to seeing this team use this as fuel to push even harder and progress in the coming years. 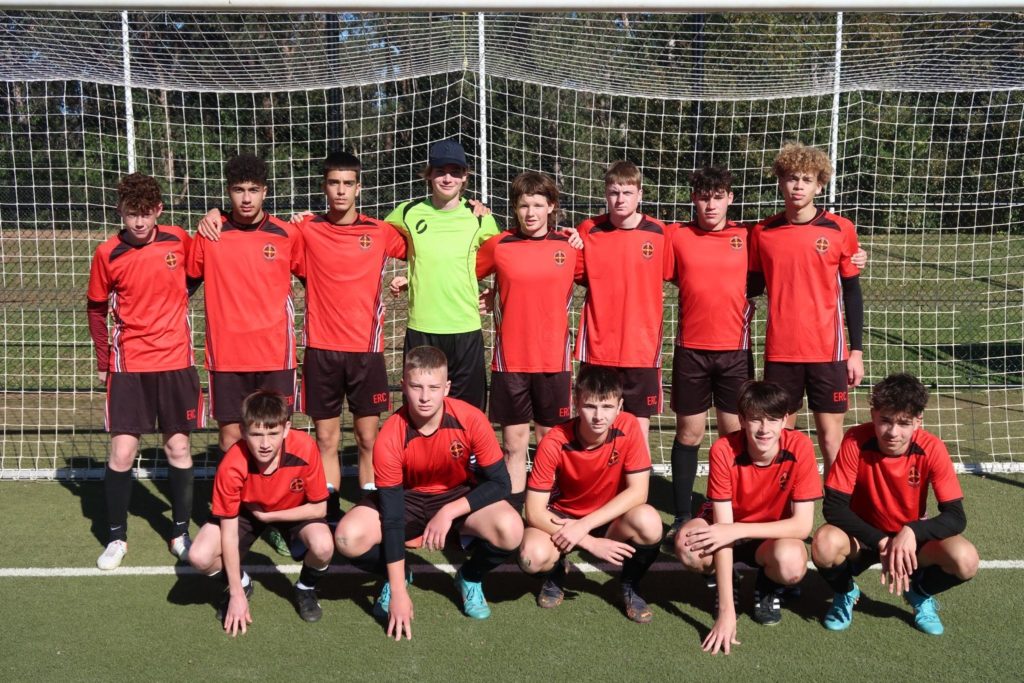