The College is named after Blessed Edmund Rice, founder of the Christian Brothers Congregation in Waterford, Ireland. Today his vision inspires our College community to be inclusive, compassionate and hope-filled in their view of the world.

The College opened as Christian Brothers College in January 1926 with 105 pupils (aged from seven to sixteen years) at the top of Crown Lane, Wollongong. The original staff included Headmaster, Br T. A. McMahon, and three other Brothers. By 1927 the first students sat the demanding Intermediate Examination and in 1929 the first candidates undertook the Leaving Certificate. 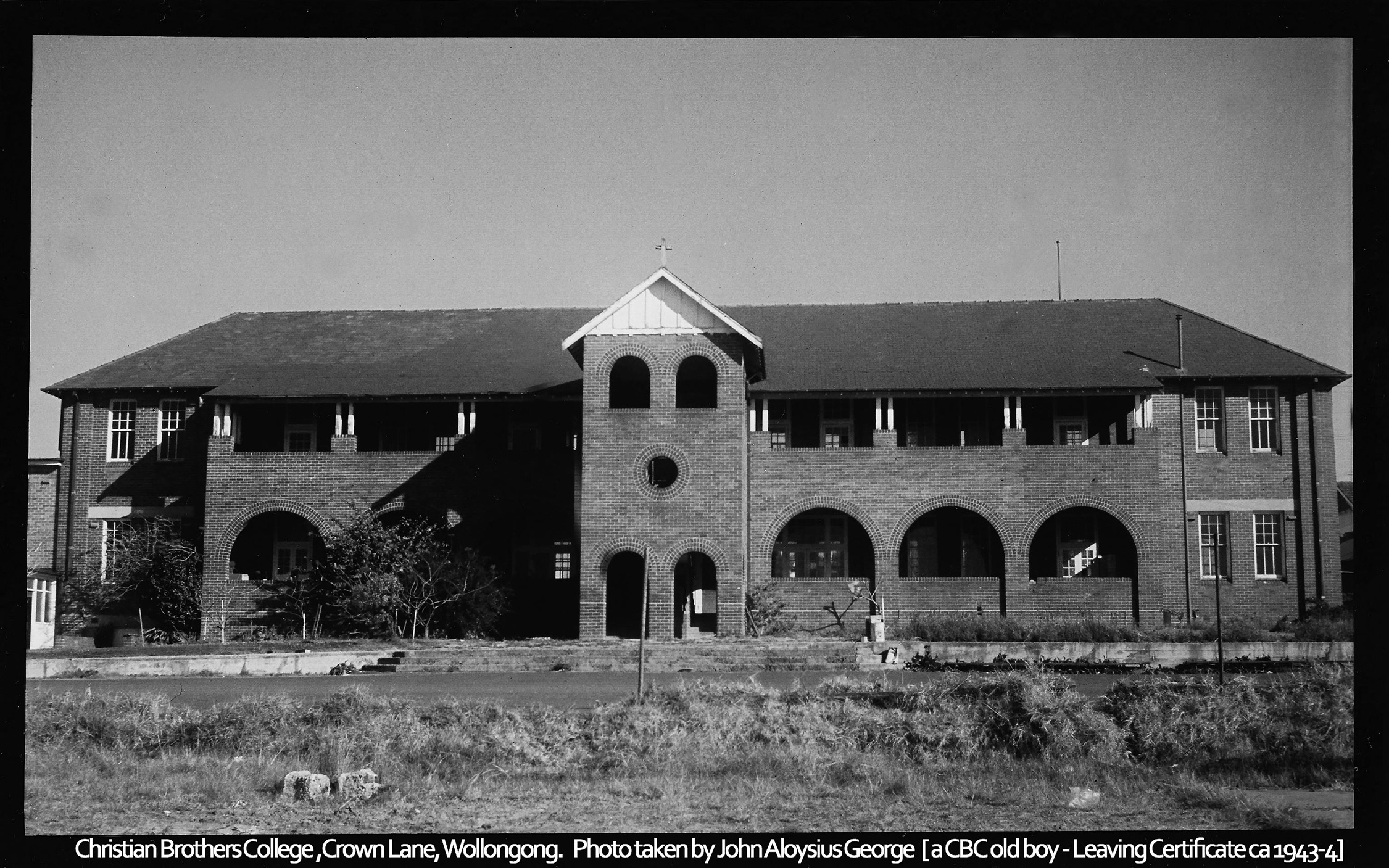 The years of the Great Depression hit the region very hard, yet enrolments continued to climb. In 1938, a combined second/third class numbered 100 pupils taught by a single brother. This was not an uncommon in Catholic schools before government funding was introduced.

In 1931, the Old Boys Union, or association, was established. In 1933, the Brother’s Club (for Rugby League) was formed by the Headmaster, Brother J S Campbell. By 1928, it had gained entry into the Illawarra District First Grade competition. This Brother’s Club eventually evolved into The Collegians Club.

A Cadet Unit was formed in 1945. In that year too the first lay teacher was employed. Good examination results, annual concerts, excellent choirs, gymnastics displays and sport, especially rugby league, all played their part in establishing the school’s character and good reputation.

In 1952, Wollongong became a Diocese and Thomas McCabe its first Bishop. It was Bishop McCabe who handed over the title deeds of the property in Crown Lane to the Brothers in 1958. He also supported efforts to purchase property on our current site in West Wollongong. The Brothers agreed to phase out primary classes and specialise in secondary education.

On the 29th April 1962 the new school Edmund Rice College at West Wollongong was officially blessed and opened by Bishop McCabe. The campus consisted of a two-storey section of five classrooms with a shelter area beneath and a single storey section of physics, chemistry and demonstration laboratories and storerooms. The original buildings face Keira Park. More land would be purchased in the early seventies for the science wing, additional classrooms and library.

By 1975 the College operated completely from its current site.

Edmund Rice College students sat their first public examinations in the School Certificate in 1965 and the Higher School Certificate followed two years later. The 1960′s saw the introduction of the Parents’ and Friends’ Association in 1968 and the College Band in 1967.

The late seventies and eighties saw much building at the College including the Technics Block, the Multi Purpose Hall, the Administration Building, the Chapel and a new classroom wing to accommodate the growing student population.

The nineties saw the introduction of an Extended Day model of schooling as an innovative way to accommodate the high demand for enrolments at the College, to allow maximum use of resources and offset the need for further building.

In 2007, Edmund Rice Education Australia (EREA) became the proprietor of the College. In this period the College witnessed the introduction of a Trade Training Centre for students pursuing vocational education opportunities. The unique Metal and Engineering Centre continues to draw many students to the College.

A strong emphasis on the Arts and broad co-curricular opportunities have become features of the College, complementing what has always been a proud sporting history at the College.

In 2013, the College changed (after 22 years) from an Extended Day model to a common school day for all students. This was supported by an extensive building program which included construction of the Edmund Rice Centre in 2014, the Narandha Learning Centre in 2015/16, the Waruga Art Centre in 2018, the Science Block in 2019 and refurbishment of most specialist learning spaces in the College.

During this time an extensive Grounds Improvement Program was also undertaken, including the refurbishment of the central College Quads with new gardens, COLAs and verandahs, improvements to playing fields in the College, development of a new oval and revitalisation of roads, gardens and courts in the southern precinct of
campus.

Today the modern facilities and magnificent campus support a vibrant and contemporary learning community grounded in the proud history and traditions of Edmund Rice College.