The ERC 7/8 & 9/10 Basketball Teams competed in the NSWCCC Basketball Qualifiers at the Snake Pit on Friday June 10. This win or go home format is to select the best Wollongong Diocese Basketball teams to compete at the NSWCCC Championships in Term 4.

The Year 7/8 Basketball team drew Holy Spirit in game one. Even though our boys were fairly undersized they made up for it in confidence. Our pace and energy were too much for Holy Spirit as we cruised to a comfortable 61-43 win. Standout performers were Archie O’Hara with his clinical cuts and drives to the rim, Jack Broadhead with his classy finishes in the paint as well as Finn Faulkner and Jai Anderson leading by example with exceptional communication and energy. This win put us straight through to the final against a strong John Therry team. Again being fairly undersized the boys knew they had to come out firing, and they did. In a close game we managed to hold a 29-24 lead at half time. From the start of the second half the team somehow managed to turn the intensity up another notch resulting in smothering defence and phenomenal hustle – John Therry didn’t know what hit them. Also thanks to Finn’s sharpshooting from behind the 3-point line along with Archie O’Hara, Jai Anderson and Tom Voase not wasting their opportunities to score, we ran away with it. Final score 57-40. The boys have now progressed as an automatic entry into the main NSWCCC Basketball draw to be played at Penrith and Hawkesbury on Monday 31 October – Tuesday 1 November.

The ERC 9/10 Basketball team played Corpus Christi Catholic High School. In an entertaining match the team put up a good fight against a strong opponent, losing in the end 57 to 40. All of the boys in the team contributed in some way, from hitting some three’s, to grabbing some offensive rebounds and with further practice, they will continue to push for qualifications in future years. 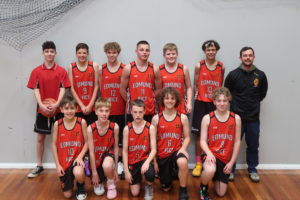 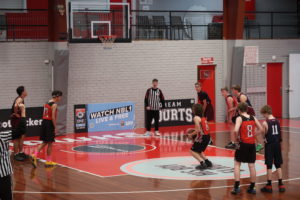 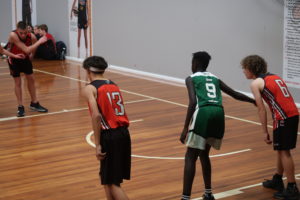 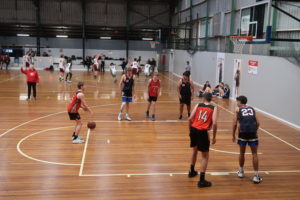 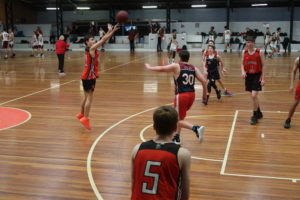 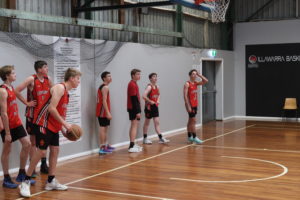