On March 25 the Year 9 History Elective class travelled to the Chau Chak museum at Sydney University to gain first hand experience with ancient artefacts relating to their study of Archaeology, as well as further explore their understanding of Ancient Egypt.

Odin Heferen and Zac Gringeri of Year 9 reflected on the excursion:

I really enjoyed the excursion to the Chau Chak Wing Museum in Sydney University as it was  insightful to see and touch some real artefacts from certain time periods including Ancient Egypt, Rome and Greece. We learnt the correct process for finding artefacts, identifying and storing them. The highlight of the day was when we went into the mummy room and saw some ancient sarcophaguses and mummies.

Another highlight of the excursion was the room where we were ‘hands on’ with many artefacts, the most interesting original artefact was a bronze rod, bent at the tip with a sharp edge. This was used for extracting brains during the mummification process.  We also learnt about the life of Augustus, Julius Caesar, Cleopatra and Brutus during Ancient Rome. My favourite exhibition was of the Thylacines (Tasmanian Tigers), this was because the tiger looked so real, I enjoyed hearing the story about how they became extinct. I also enjoyed walking around Sydney University. Overall the excursion was interesting and fun, I had a great time learning about the history of Ancient societies.

On the excursion, I had a fun and exciting experience. I learnt quite a few things about the ancient Egyptians and Romans. I liked learning about the sarcophagus and the steps of the mummification process. I learnt the sarcophagus were made for individuals such as the horus. I also learnt that one of the sarcophagus was destroyed after a flood. My favourite part of the day was when we got to hold the artifacts. I enjoyed this because the guide was very helpful with telling us about my artifact. The artifact that I had was a mould of a face that was used to make statues.

I found the ancient Egyptian exhibition very interesting because of the stories it holds. Seeing the remains of dead people was interesting to me as the skull and colour of the body parts were fascinating.. The museum helped me learn lots of useful and interesting information about Egypt and other societies. The artifacts helped us visualise what they looked like and how they were used. The tour guide that we had was very helpful as he gave us detailed information and stories. Overall, I had a great time and was very happy with the things I learnt.

Many thanks to Mrs Lothian for organising the trip as well as Ms Shumack and Mr Griffiths for accompanying us on the excursion. 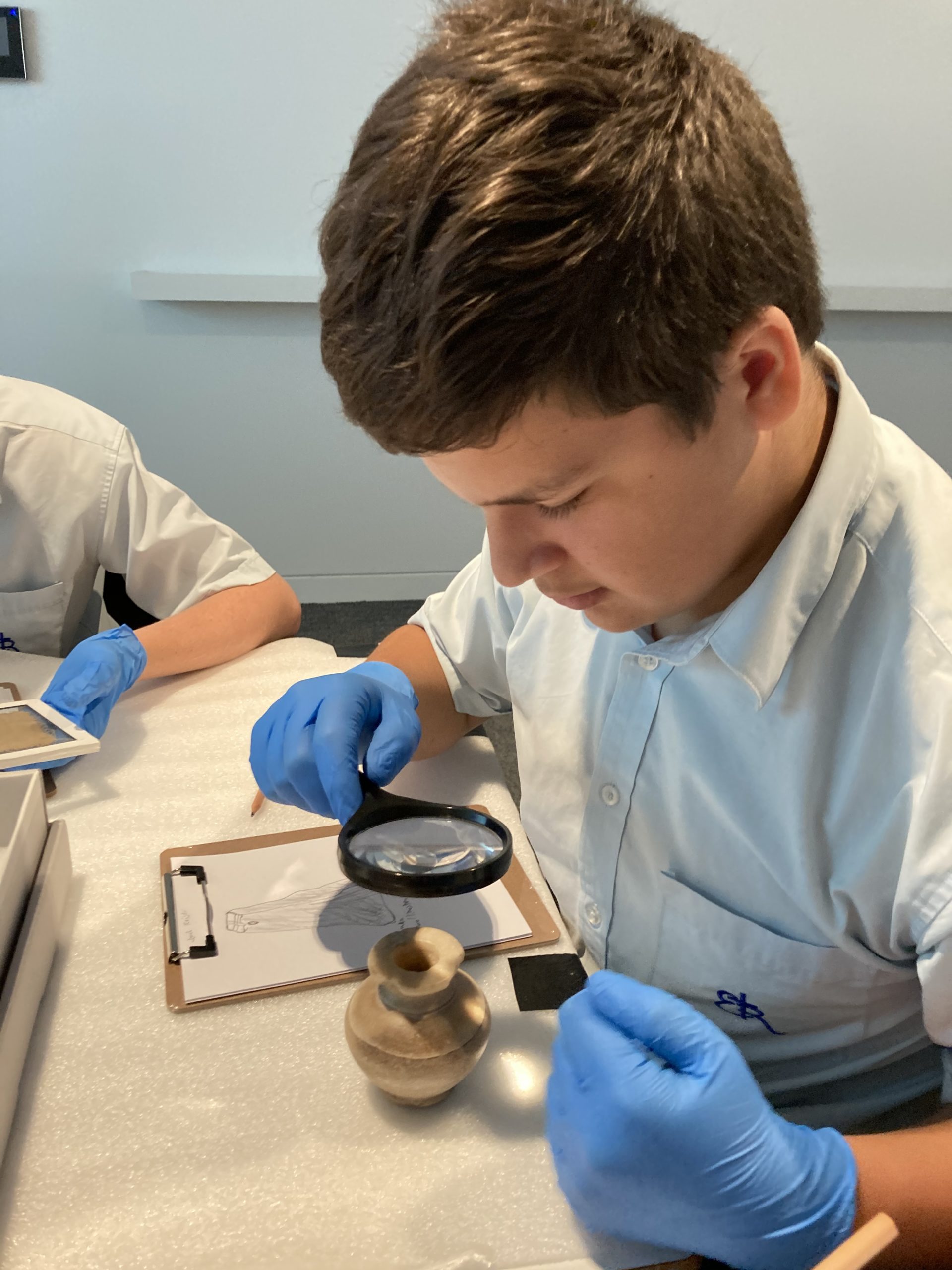