Earlier this week the Year 7 and Year 8 enrichment science classes were delving into forensic science techniques in order to solve a case of identity. They were given a brief of a murder case, and the techniques that are used to solve such crimes by a forensic scientist who specialises in chemical analysis. They then had to use this information along with pieces of evidence that had been collected from the crime scene to identify who the murderer was.
The evidence available for the students to use was digital evidence in the form of text messages, video footage, and GPS data; impressions of shoes, fingerprints, glass fragments, toxicology reports, DNA evidence, trace evidence such as fibres found at the scene and information on the time of death and autopsy results. The students were very keen to learn about the forensic techniques used to solve crimes and were even more keen to solve the crime and identify the perpetrator.
READ MORE 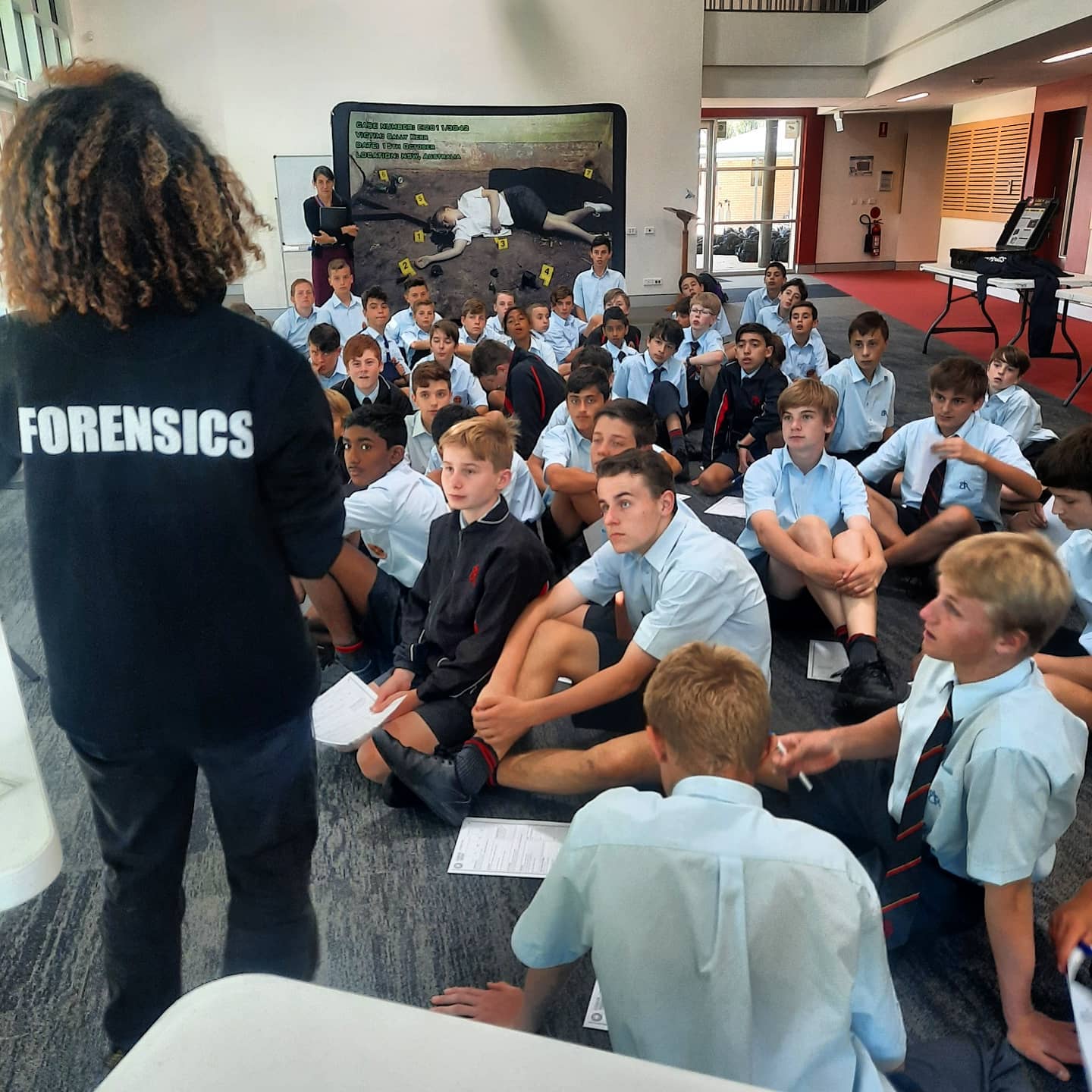