The Annual Football Challenge between Edmund Rice College & Holy Spirit College was held on Friday 18 June at Holy Spirit College. The Challenge consists of games between the U13, 14, 15 and Open’s sides. Winners of the junior games receive two points, and the winning team of the open’s receives three points, the College with the most points at the end of the challenge wins the shield.

Windy and dry conditions greeted the students as they arrived in Bellambi. The teams were given an early pep talk on the bus about the history and importance of the challenge, and how it is a perfect opportunity to grow the school’s sporting spirit.

The U13 team, coached by Mr Crapis were eagerly awaiting the chance to represent the College on the football field after taking out the Diocesan Championships earlier in the year. An early goal to Josh Hailstone saw the team take a 1-0 lead into half time. The second half saw ERC dominate possession and chances, with goals to Gabriel Corvalan, Jay Jayaswal and James Benedetti rounding out a 4 – 0 victory. Congratulations to Luca Spaseski who was awarded the Player of the Match Award. (2pts to ERC)

The U14 team, coached by Mr Timpano were relishing the fact that they were able to play together for ERC. Unfortunately, this is the only opportunity for the U14 students to play in an age specific game in the sporting calendar year. The team were on the attack from the outset, with first half strikes to Tzar Harb & Lucas Jackson, with Tzar scoring what Mr Timpano describes as, “the best team goal he has ever witnessed at school level.” ERC continued their attacking flare in the second half with Tzar & Lucas adding to their tally, and goalkeeper Andre Dzeparoski stepping up and converting a late penalty to seal a 5 – 1 win for ERC. Congratulations to Tzar Harb who was awarded the Player of the Match Award. (2pts to ERC)

The U15 team, coached by Mr Belisto knew that they were up against a very competitive Holy Spirit side. In what was quite an arm wrestle, the team went a goal down early and that is how it stayed up until half time. The second half saw Mr Belisto make some tactical changes, and ERC pressed on for an equaliser which eventually came through Blake Pearson. Both teams had a number of chances, but couldn’t convert and settled for a 1-1 draw. The draw meant that ERC retained the Challenge Shield, regardless of the Open’s result. Congratulations to Max Atas who was awarded the Player of the Match Award.

The Open team were in high spirits as they supported the junior teams throughout the morning games. Coach Mr Tyler had the team well prepared and ready for what was an entertaining fixture. The first half saw both teams come close to scoring, with goalkeeper Ben Needham keeping ERC in the match with some fine saves. 0-0 (HT). The second half started, and ERC quickly found themselves down 1-0 and feeling the pressure of a loud HSC lunch time crowd. Up stepped Ben Giason, the Year 11 student produced a world class strike to level the scores! Both teams had chances to win the game, but ultimately the points had to be shared at the end of the game 1-1. Congratulations to Ben Giason who was awarded Player of the Match.

Edmund Rice College retains the Challenge Shield for 2021! Well done to all players and coaches! 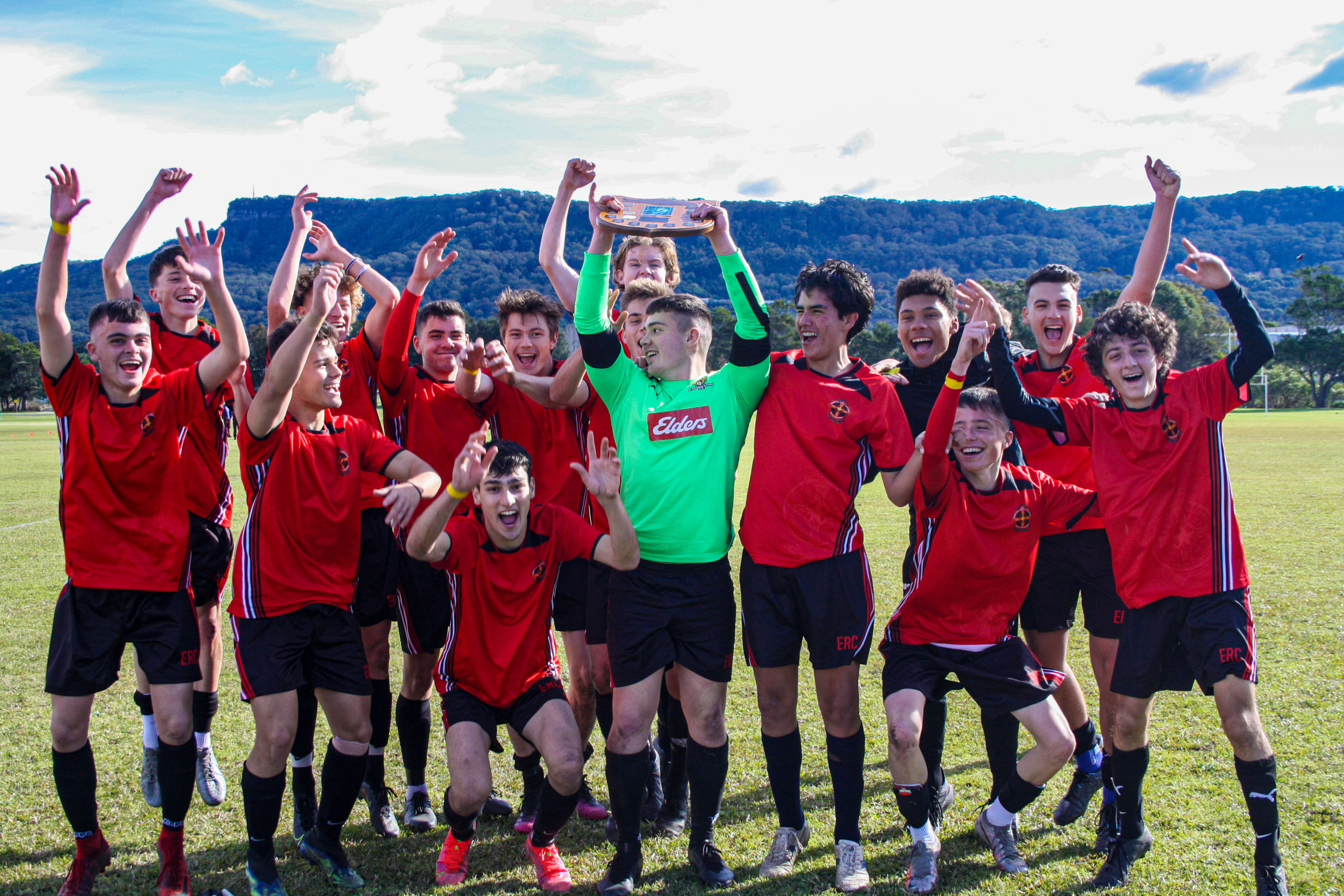 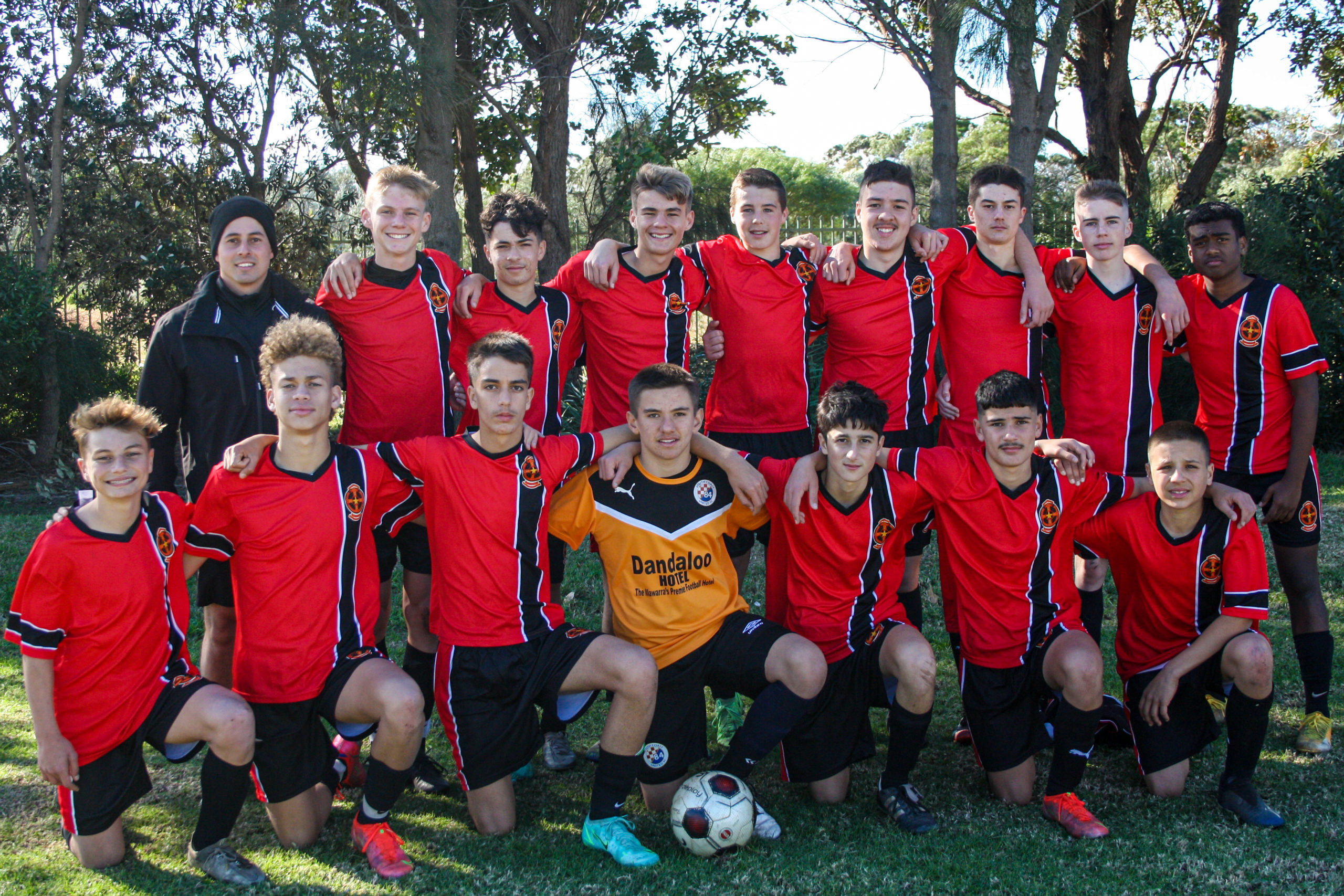 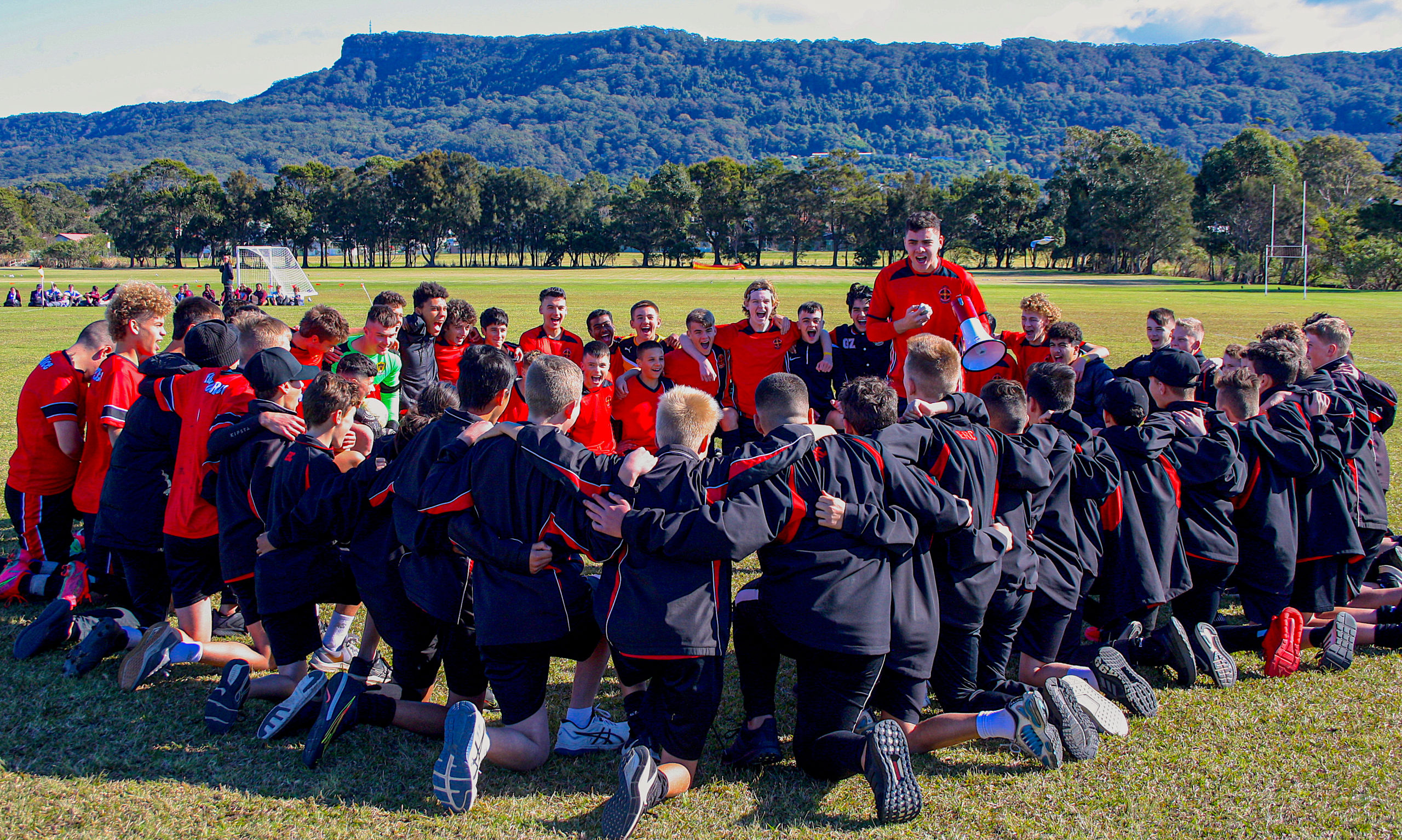 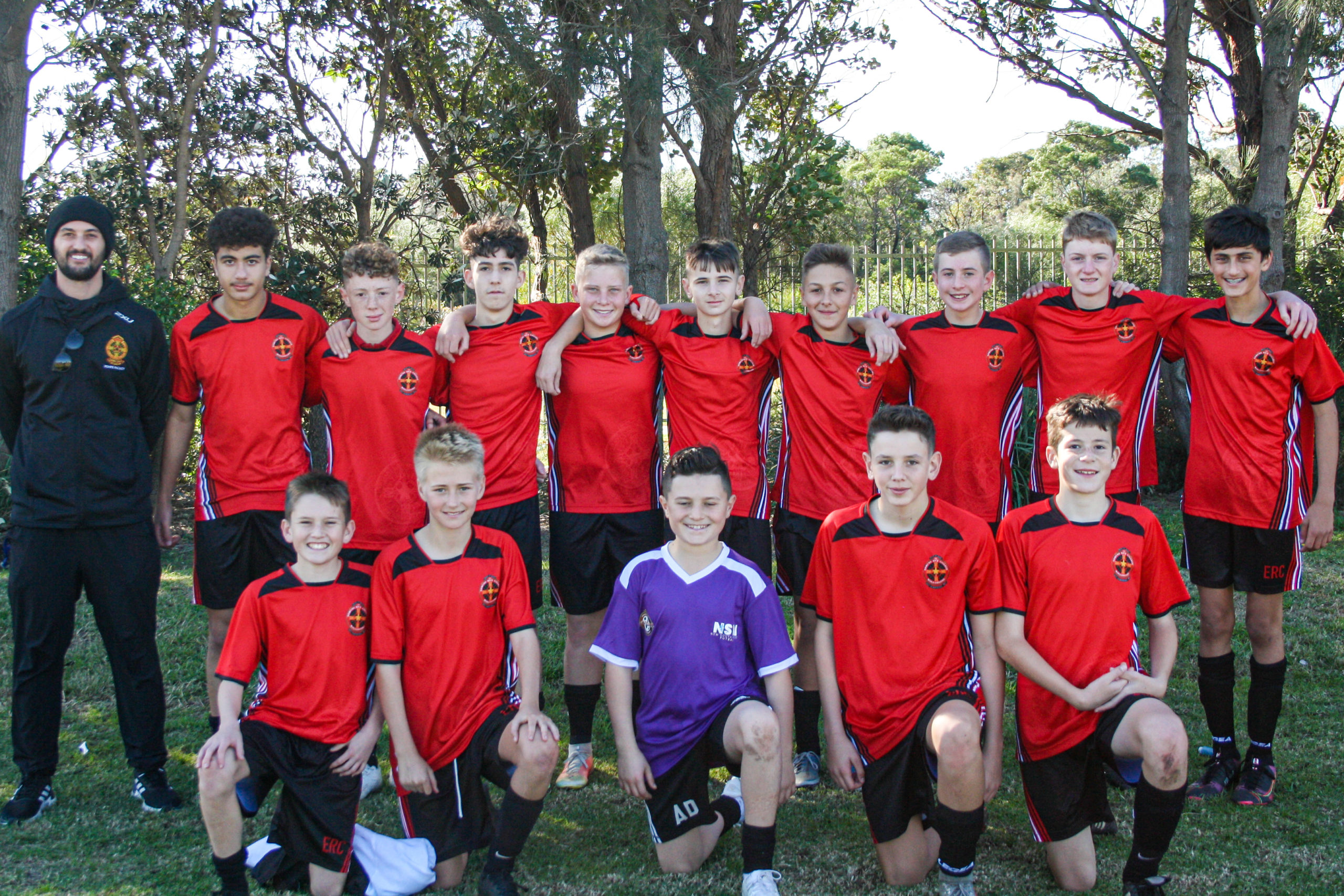