Waruga House (Art Centre) has been a hive of activity this term with the boys pursuing their creative interests both during class time and as an extra-curricular activity. We are delighted that over forty boys have signed up for the Thursday afternoon Art Clubs! The boys have also had a range of exciting opportunities presented to them this term with the Year 11, 1 Unit Film Studies and Ceramics Incursions and the Year 11, 2 Unit Visual Arts Days with artist Abdul Abdullah.

On Monday, the 28th of February Year 11 Photography, Video and Digital Imaging students were fortunate to meet film and TV professional, Mr Jamie Hamill. His expertise as a Camera Operator and Director of Photography, working in a variety of projects ranging from TV to National Geographic documentary film-making, offered a valuable insight to the students and gave ideas to possible future pathways into the industry. Mr Hamill also showed his professional film camera and workshopped new skills such as how to effectively film a ‘product shot’ and how to ‘block the scene’. This is relevant for the students as they are working on a commercial project as an Assessment Task this term. It was a successful event for the Year 11 students and we look forward to seeing the boys commercial film clips.

The 1 Unit Ceramic students spent the day with Mr Simon Tognetti developing new technical skills such as building slump moulds, wheel work and coil building. The students are also learning glaze technology and are working on a Portfolio of Works.

On the 7th and 8th March Year 11 Visual Arts had their Annual Visual Arts Camp scheduled to take place at Mount Keira Scout Camp with artist in residence Abdul Abdullah. Unfortunately, this is when the heavy rains began and we had to remain at school instead of going to the Scout Camp. The boys worked on building their drawing skills with Abdul Abdullah and are developing still life drawings. Unfortunately, the weather event increased and the roads were too dangerous for Abdul to return from Sydney on the 8th so our second day is on hold until a new date can be established. 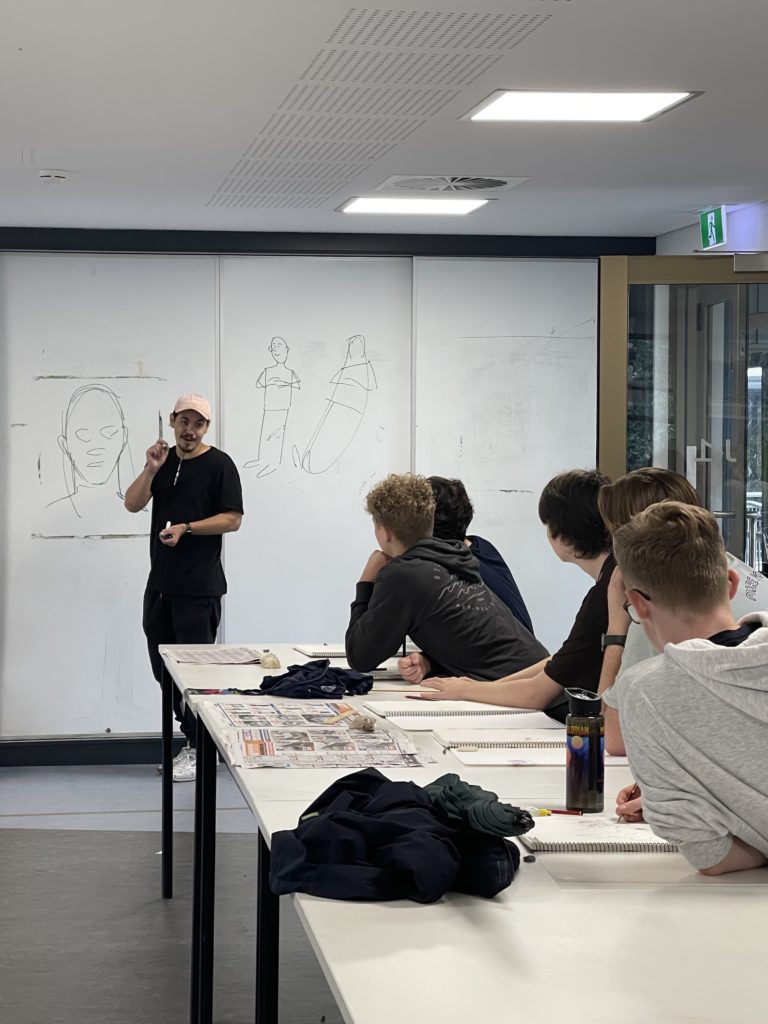 Each Thursday afternoon, we have Film, Ceramic and Visual Arts clubs in the Art Centre. Year 12 are also offered extra support for their Critical and Historical Studies. In Visual Arts Club the students are creating large pastel drawings of chip packets. Ceramics club are learning hand building techniques and Film Club are collaborating on a horror film titled Water. These clubs are open to all years. 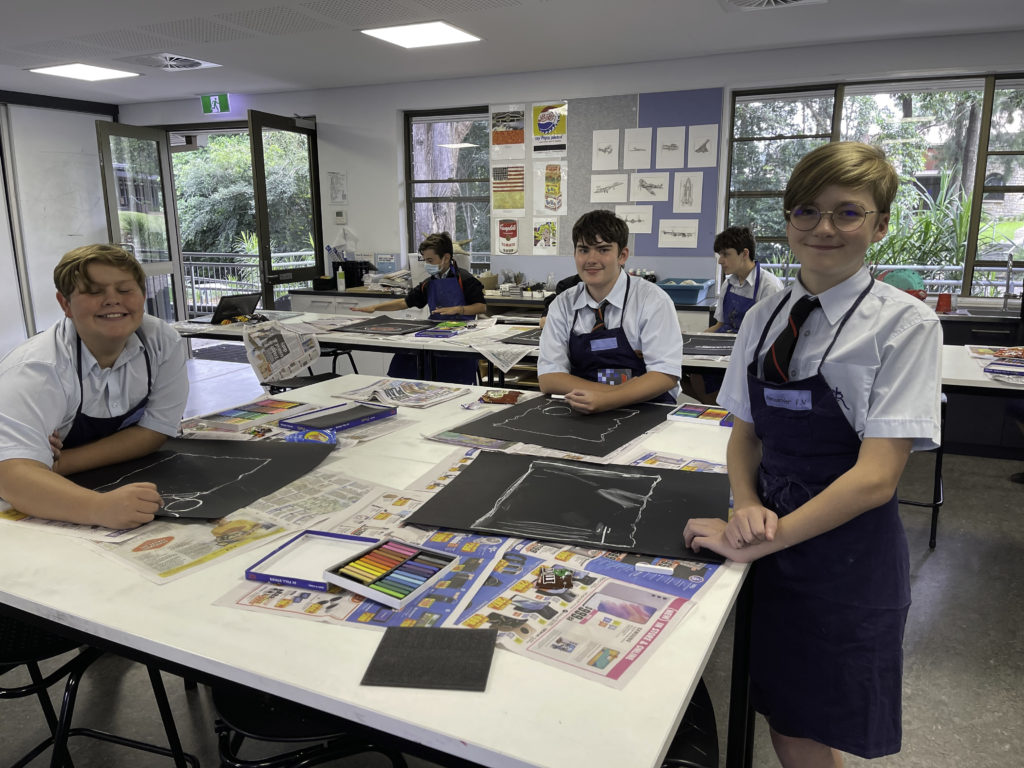 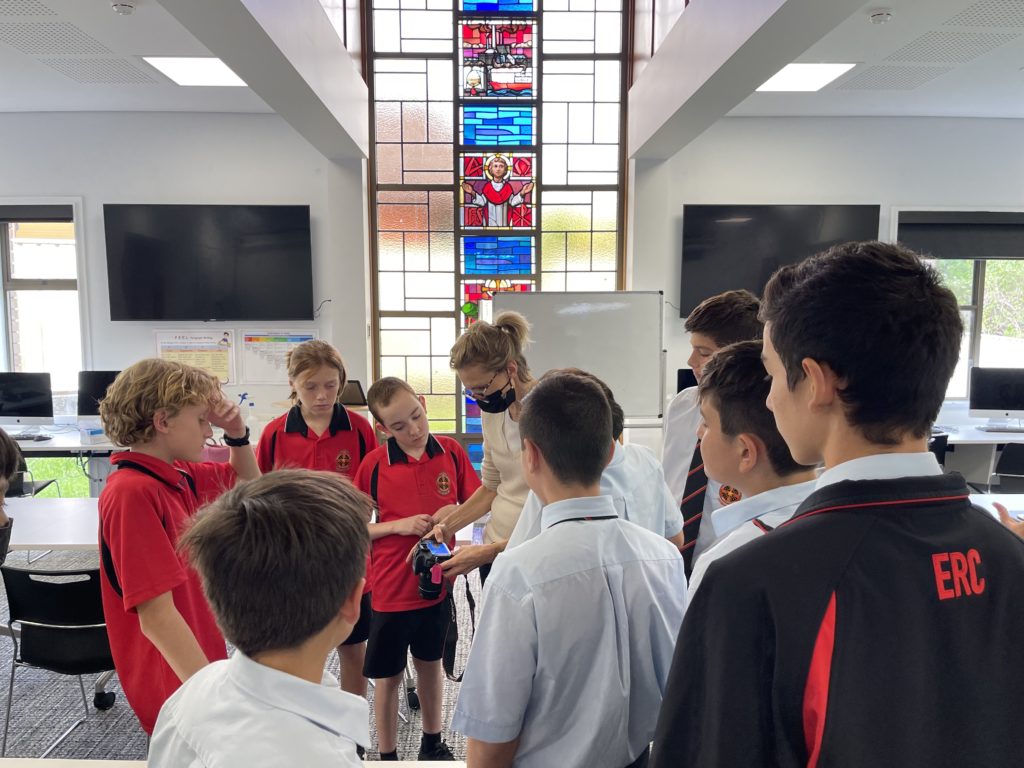