“Responding to the challenges of the twenty-first century – with its complex environmental, social and economic pressures – requires young people to be creative, innovative, enterprising and adaptable, with the motivation, confidence and skills to use critical and creative thinking purposefully”. ACARA

Last week Edmund Rice College gathered as a school community to celebrate and recognise the value of Creative Arts at Edmund Rice College. We acknowledged the accomplishments of our many students who excel in Visual Arts, Music and Drama.

The Assembly included performances from the Year 8 Band, the College Drumming Group and the College Stage Band including a special guest performance by our Principal Mr Gough on guitar! The students in these bands plus the Jazz band and the Drama students who performed in Short Sharp Theatre also received certificates of merit, recognising their commitment to the creative arts.

We also recognised the Finalists of the annual ‘Eddies’, our very own Year 7 version of the Archibald Prize. Congratulations to the following students on their Awards: 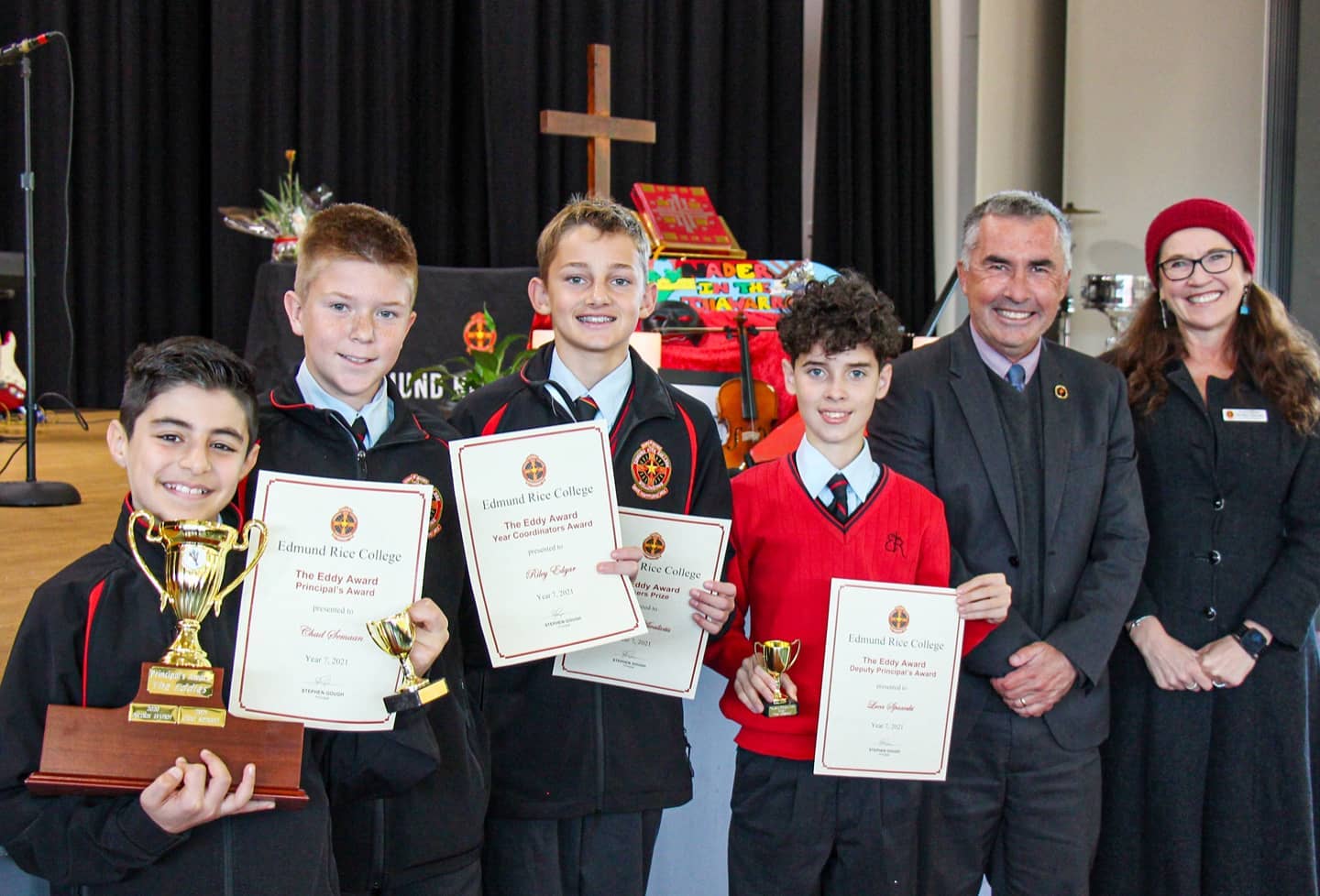 Last week the College Drama teams performed in the Short Sharp Theatre Competition. This is a unique opportunity for young writers, directors and performers to showcase their stories at riverside Theatre. Entries must be written and directed by students. Last Friday night Edmund Rice College HSC Drama boys performed again at the Riverside Theatre for the finals of the Sharp Short Theatre competition. Ben Johnston, Marco Boiano and Yahya Hasna, were up against another 9 finalist groups – some from well-known Sydney private schools, specialist Performing Arts High Schools and specialist Drama Academies.

The group has developed their piece of Verbatim Theatre on the local Wollongong story of the disappearance and murder of toddler Cheryl Grimmer (which has also uncannily been in the news just this week).

Congratulations to Ben, Marco and Yahya who took out the award for “Best Director” at the finals. They have come away with prizes that include valuable experience with professionals in the industry and $200 each worth of theatre tickets to upcoming shows. Well done, and all the best with your upcoming HSC performance trials and exams. Congratulations to Ms Erin Mascord for her passion and tireless efforts in supporting our drama students. 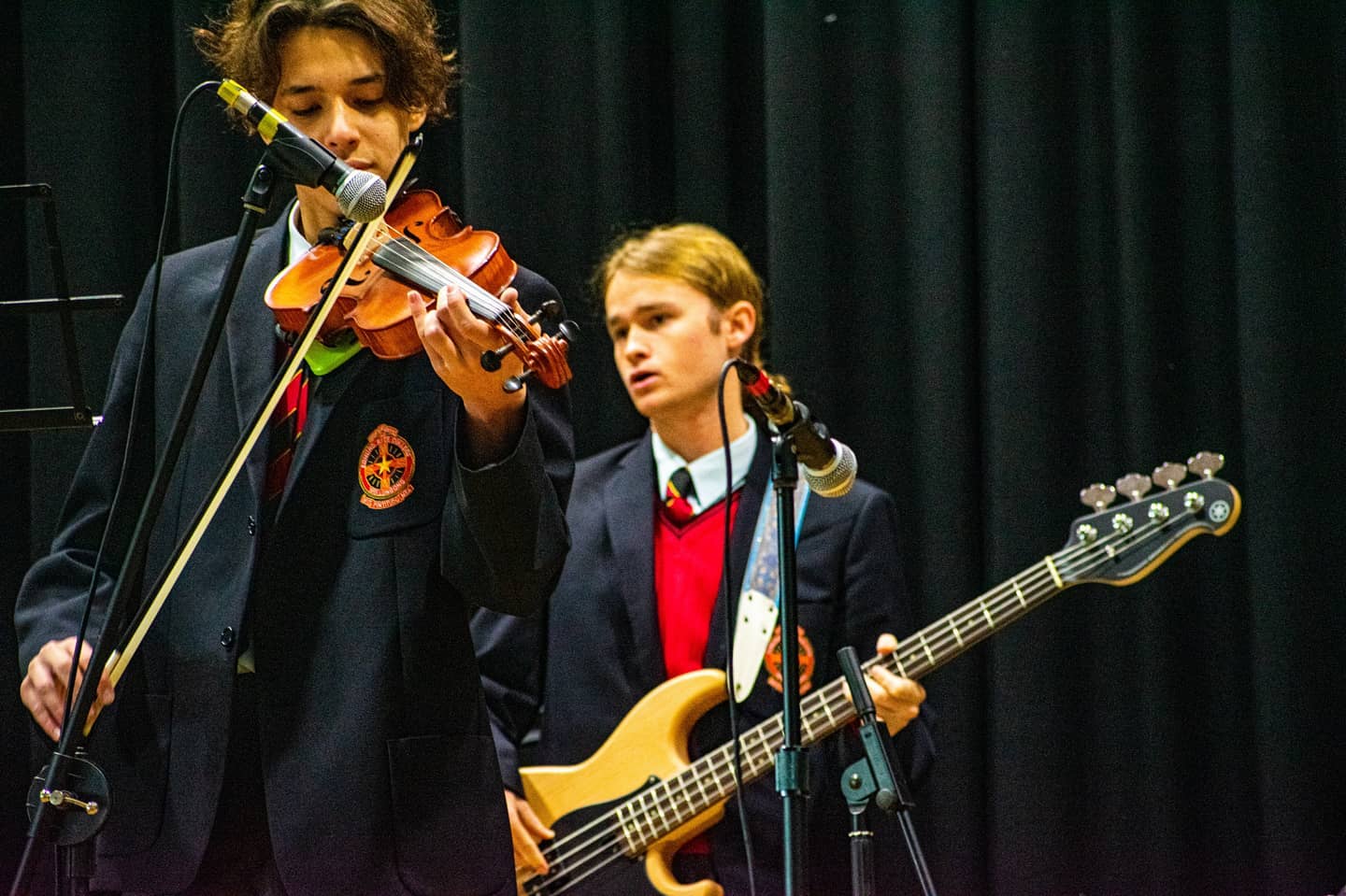