On the 21st of July the Edmund Rice College Bill Turner U15’s football team travelled to Ian McLennan Park to compete in the regional final of the Bill Turner cup. Following a narrow victory against Illawarra Sports High the team was riding high and ready to take on rivals Holy Spirit College Bellambi.

The game started slow from both squads as the slippery artificial surface caused some difficulties with keeping possession. Late in the first half Holy Spirit College took a 1-0 lead with a high cross from the right hand side causing some confusion at the back. After a half time talk the boys were fired up with a mindset of the game being 0-0. Early in the second half some wonderful link up play from Jet Sanders and Zane Stevenson led to a tap in goal from marksman Tzar Harb. As the energy lifted following this equalizer ERC took control of the game and forced Holy Spirit to come up with some answers at the back. With 3 minutes to go on the clock, midfielder Oliver Morgan received the ball 20 meters out and managed to find the top left hand corner to seal the victory for Edmund Rice College.

The boys now progress to the next stage of the tournament where they will come up against Endeavour Sports High School in what is set to be an exhilarating fixture. 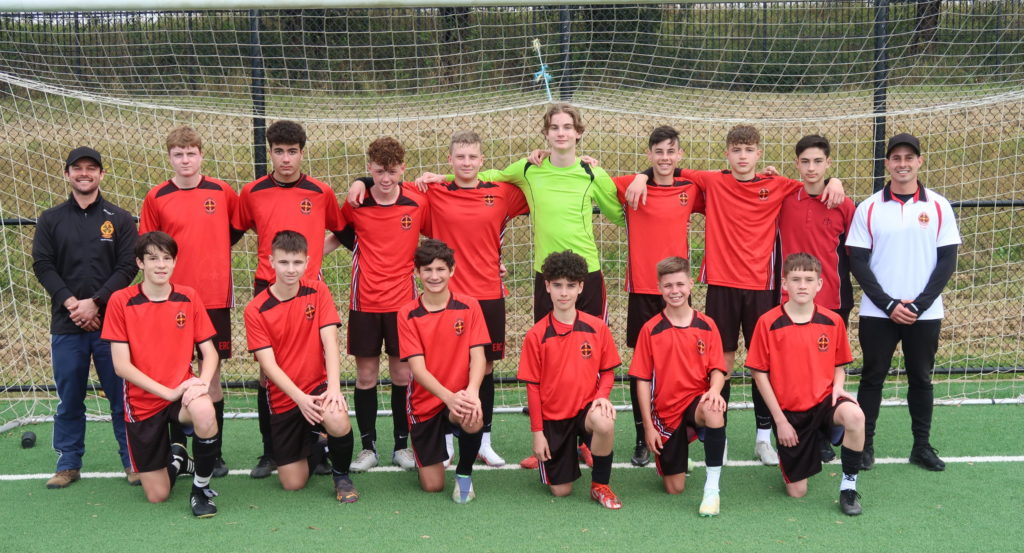