A much different camp to previous years, Year 10 departed for their Outdoor Education Experience, making their way to Nowra Ski Park at the start of Week 5. The boys underwent many tribulations and tests, consolidating their team work, building their resilience and, most importantly, building lasting memories that will stay with them for years to come. Each group participated in and challenged themselves in various activities, such as the canoeing expedition, mountainbiking, rock climbing, hiking and Indigenous activities. Nights consisted of ‘Masterchef’ inspired cook-offs, with the boys working in teams to recreate what was on the menu for the evening. Here are a some student reflections of specific aspects from the Camp.

Throughout our 5-day journey from Coolendel to Nowra Ski Park , we embarked on a 3-day canoe expedition that would cover over 34 kilometres of the Shoalhaven River. On the first day, we left from Coolendel and paddled a total of 8km. We travelled through a total of 4 white water rapids, which is an experience that one would never forget. As well as the scenery we passed, we encountered many rock formations, cliffs, creek systems and forest environments that shielded us in the canoes from the winds. We also saw the effects of the 2020  bushfires and how the ecosystem has regenerated from this natural disaster. Despite many statistics and facts suggesting that this was one of the worst bushfires in history, it was phenomenal to see how much the forest had regenerated over a 1 year period. We also passed through several of the private farms that were connected to the Shoalhaven River system, each one emphasising a unique characteristic, so we had something to look out to when we passed each bend in the river. The second day we travelled a total of 20 kilometres, meaning we were on the water for a total of 6 hours. However, this is an experience that I will never forget as you get to appreciate the scenery, the forest and the environment of Australia that many of us take for granted. Being close to the landscape and being surrounded by the landscape for a long period of time taught me that although we have evolved and grown from using the environment to shaping it to our needs, we have to appreciate the original form of the land, as it is beautiful. On the final day, we travelled a total of 6km, however, as said before, the landscape was mesmerising. Seeing all the forest, the trees that are hundreds of years old and how an ecosystem has revolved around the Shoalhaven River is something that I will never forget. As well, how many of the fallen rocks have shaped the landscape and have morphed it to be what it is today.

As we travelled in pairs through hardship, we steadily paddled down the Shoalhaven laughing and straining with our efforts. It was very tedious but also very enjoyable with the company and the journey itself. The experience myself and my friends now share will be one we will always be able to look back on. I am looking forward to being fortunate enough to be able to commence a similar expedition with my Duke of Ed peers later this year, and with the information gained and new knowledge of survival and life in the bush, we will take what we’ve learned to that trip and have an even better journey.

By Louis Villella and James Donsante

We are both delighted to say that we enjoyed the camp as a whole, particularly the mountainbiking activity, which Aric and I found was a challenge for many, including ourselves, as we weren’t used to riding on such uneven and rocky terrain. When it was our group’s turn to go on the mountainbiking trails, we were ecstatic at least to say so, and we were looking forward to it. Although it was only a few hours long, we enjoyed the mountainbiking trail. We were also involved in a small but fun activity where we had to spot something unusual in the bushes. The overall camp until then had been a wet, but still fun experience for us. Throughout the week in camp, everyone was physically and mentally challenged to push their comfort zones and, as a cohort, I can confidently say that we have all grown as people and, more importantly, as men.

We are both pleased to say we enjoyed the camp over the 5-day expedition, especially the rock climbing activity. Throughout the week, we were challenged with all types of experiences, especially the activities that led to rock climbing, which involved a canoe ride down the river and a short hike up to a cliff face. The activity involved three separate cliffs where we were challenged with three different levels of difficulty, from simple to difficult. The Optimum Experience leaders were very supportive and knew how to push us in an effective way to show us we were capable of achieving a successful climb, involving many slippery and challenging areas of the rocks, which made us think about how we would undertake the rock climb. Overall, the experience showed us that we are capable of doing things we didn’t know we could. If we ever had the opportunity to go again, we would not have any second thoughts. The rest of the camp involved our one night stay at the Ski Park and various hikes and canoeing all over the Shoalhaven River. The camp overall led us to feeling that we overcame many struggles, sharing many laughs and funny moments, supporting each other and feeling the success of our achievements.

By Jack Stigler and Yousef Elhage

The hike was quite rocky, although with dense life in both animals and plants, being on mountainous terrain. It challenged us to push further with the hike along with our mates. First there was a ‘Welcome To Country’ and a Smoking Ceremony, with us learning much about the native flora and fauna in the area. After that, there was an area which was a meeting place or a place of gathering. We learned about the origins of how Nowra got its name from the native Black Cockatoo and the Dreamtime story behind it.

After a ceremony, sharing of stories with Ray and Drew (the kind instructors) and a camp at the gathering place, we continued trekking onward into the next day. We trekked through both urban, mountainous and forest environments, coming to one of the highest points in the area soon enough; overlooking Nowra Ski Park and coming down to a bank to catch a ride back to the Ski Park to end our hiking experience. Along the way, there were many activities, with the Indigenous activities largely coming first (as said before with Ray and Drew) and other fun activities coming afterward.

Arriving at the mountainbike activity, the boys became aware that later that night they would take part in a once in a lifetime opportunity. The Edmund Rice students on camp experienced an Indigenous corroboree, sitting around a dancing circle, the students sat in awe as they watched the Indigenous men dance and sing. The boys were encouraged to ask questions about Aboriginal culture in which they were interested. They then learnt the meanings behind the dances and songs, and what they symbolise and mean to the Indigenous community.

Once the corroboree had concluded, the boys sat around a fire and listened to an Elder of the local Yuin Region of Nowra. He told stories of the black cockatoo and its importance to the Yuin Community in Nowra, and he also told us some of his personal experiences, like his family encountering the mythical ‘Hairy Man’ and of the time he had seen the spirit of his ancestors. The Edmund Rice boys were very intrigued to learn about Indigenous Australian culture and considered themselves very fortunate to take part in such an exciting and insightful activity. 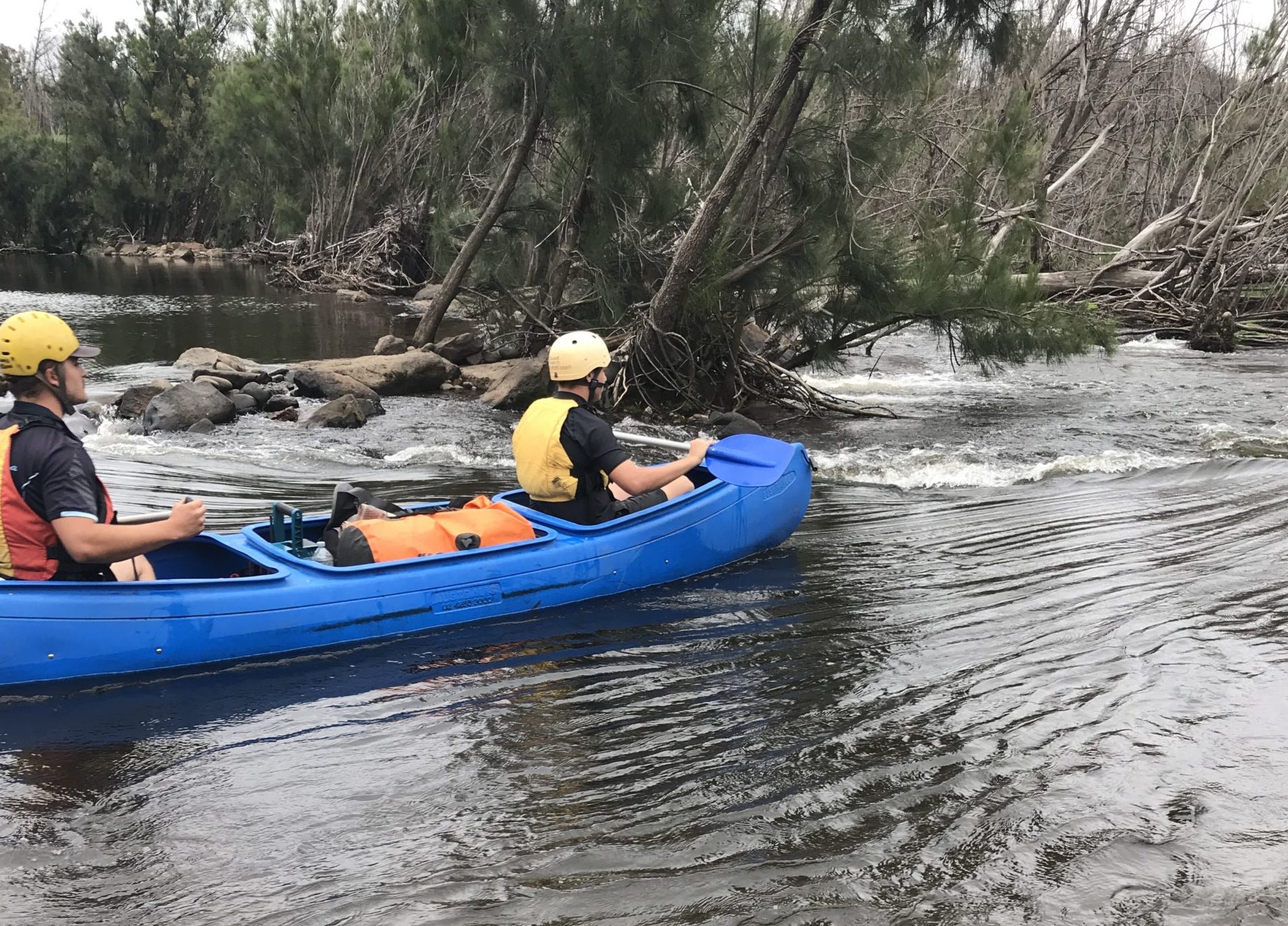 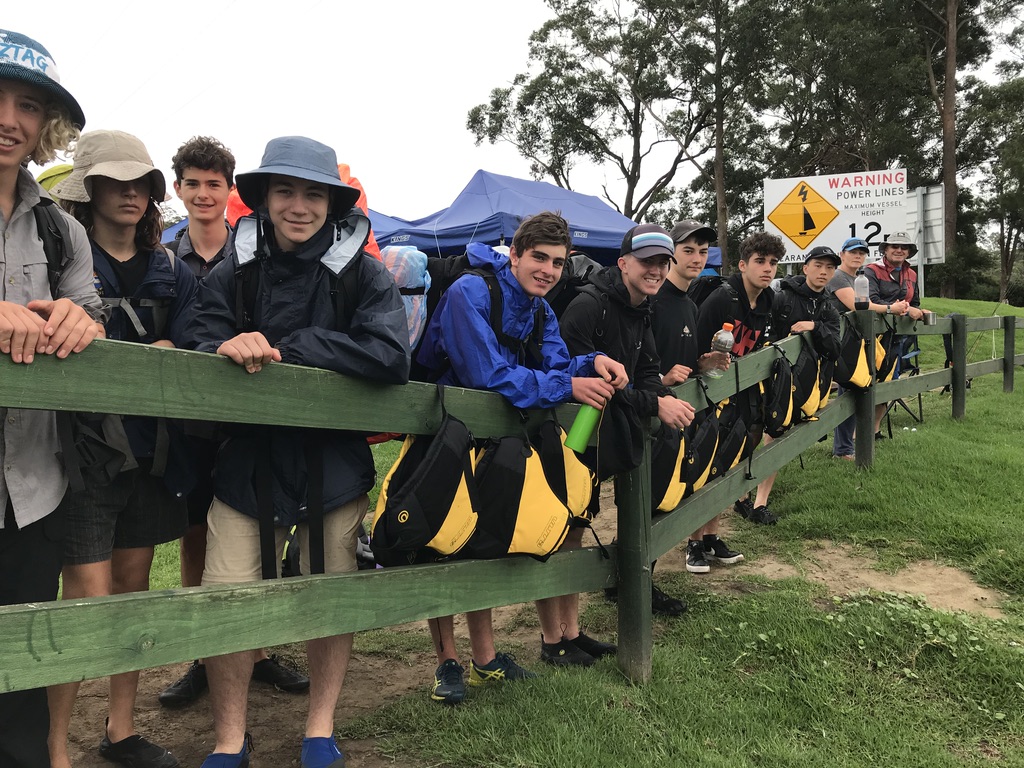 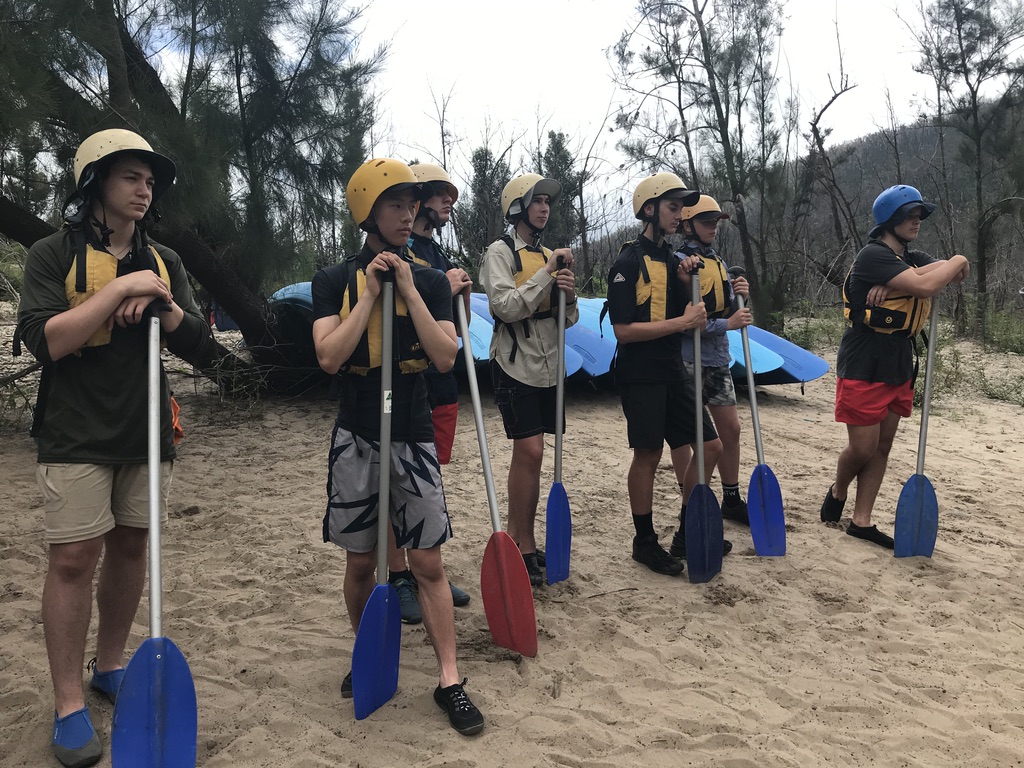 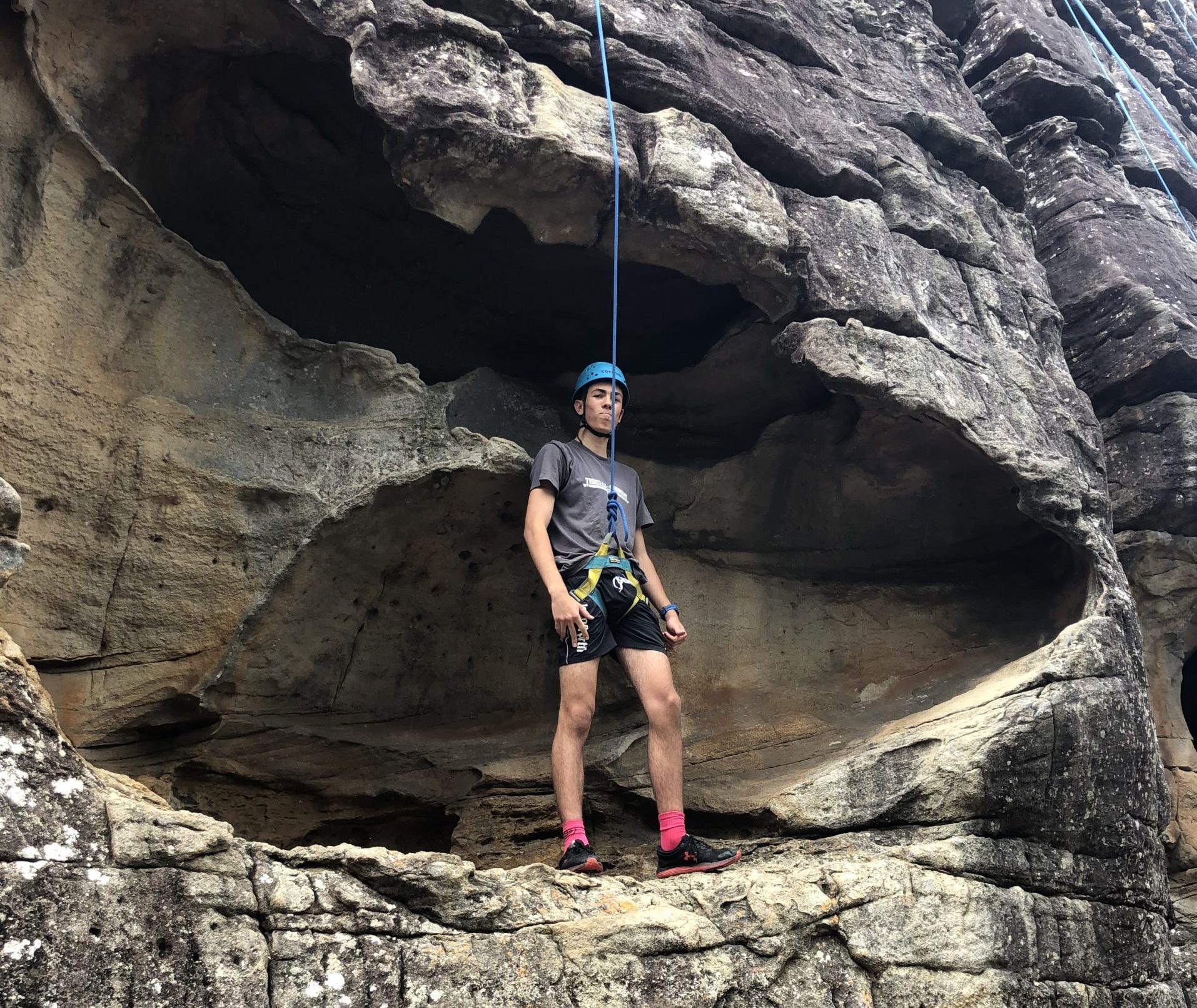 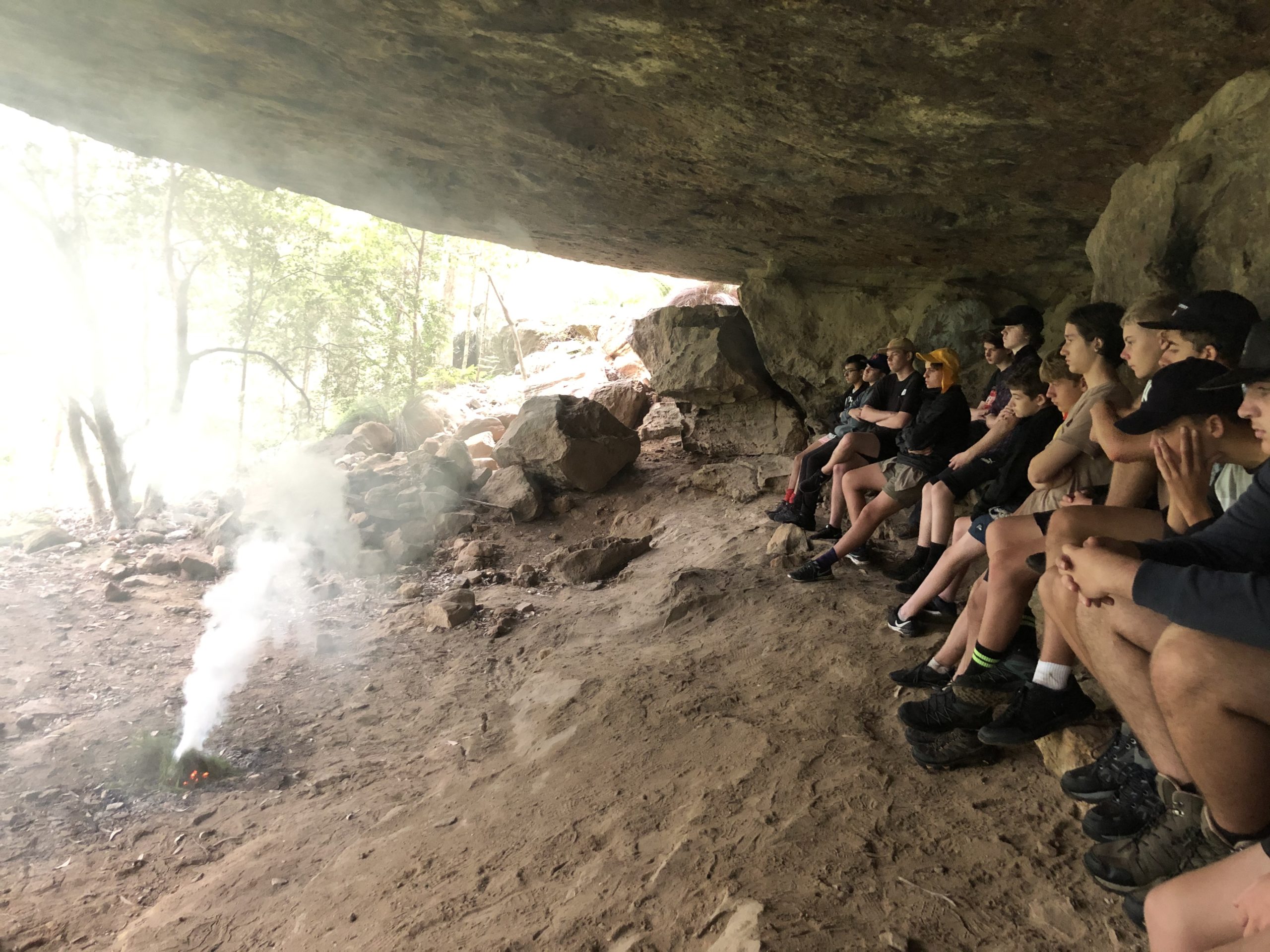 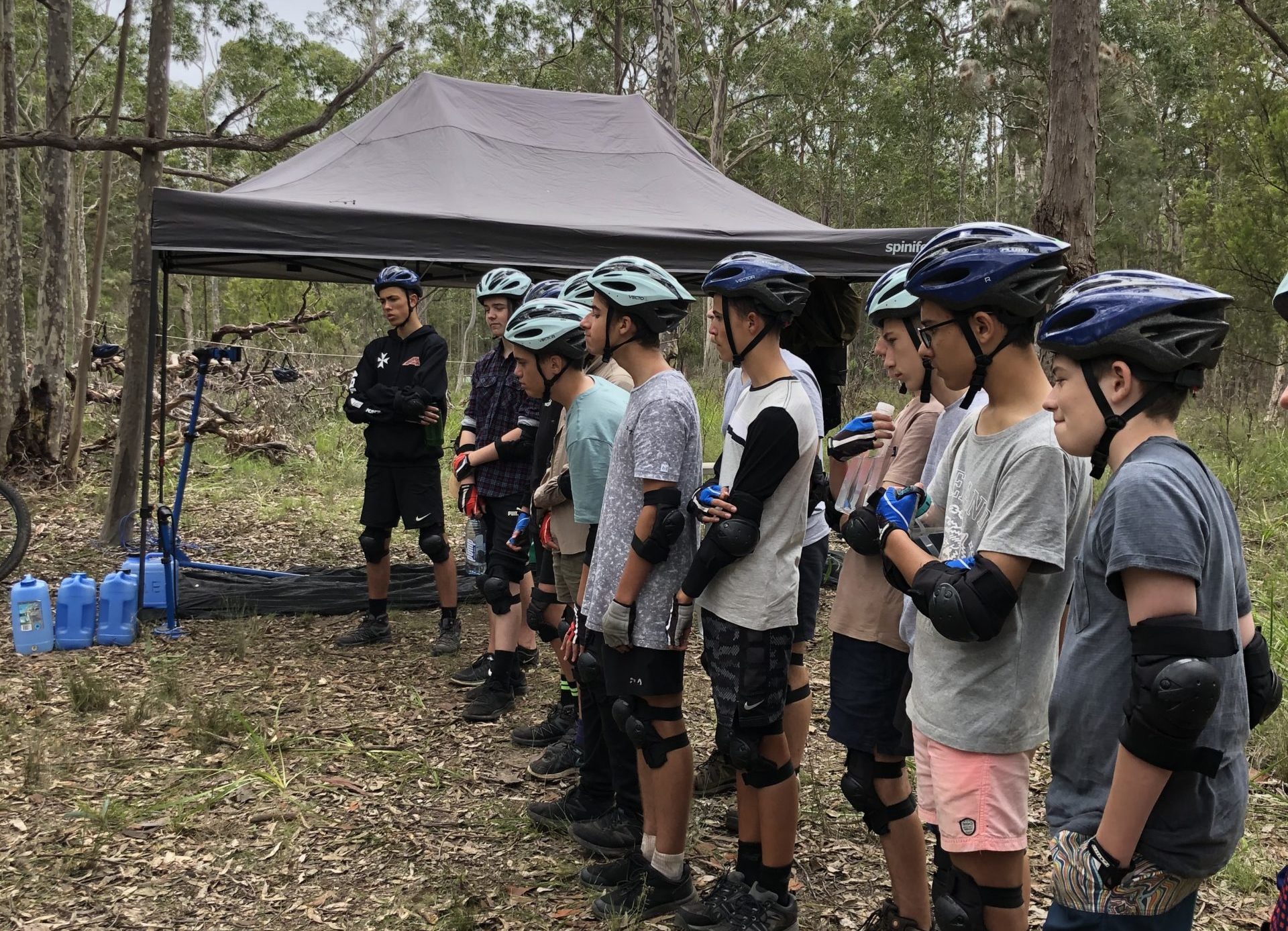 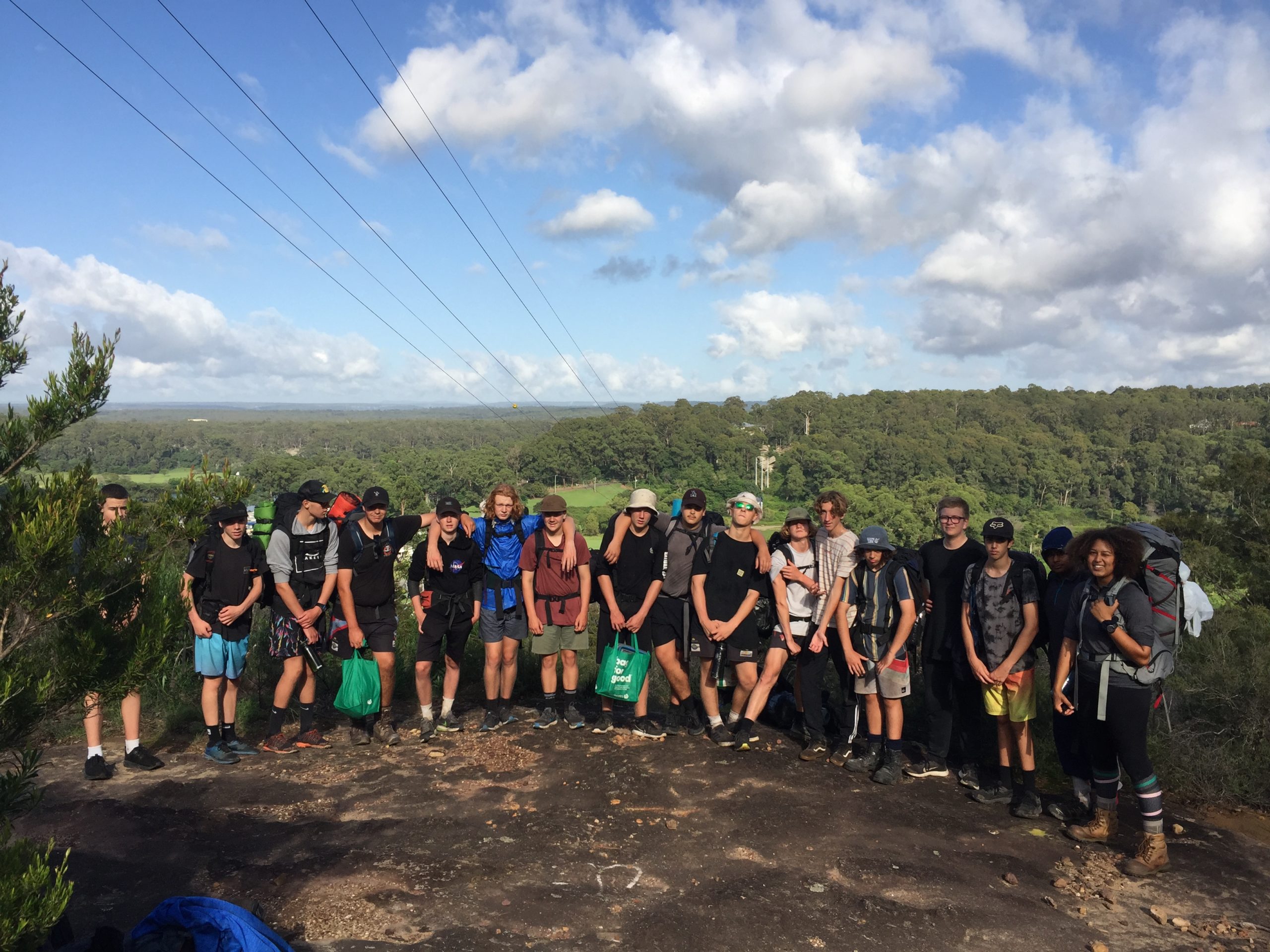 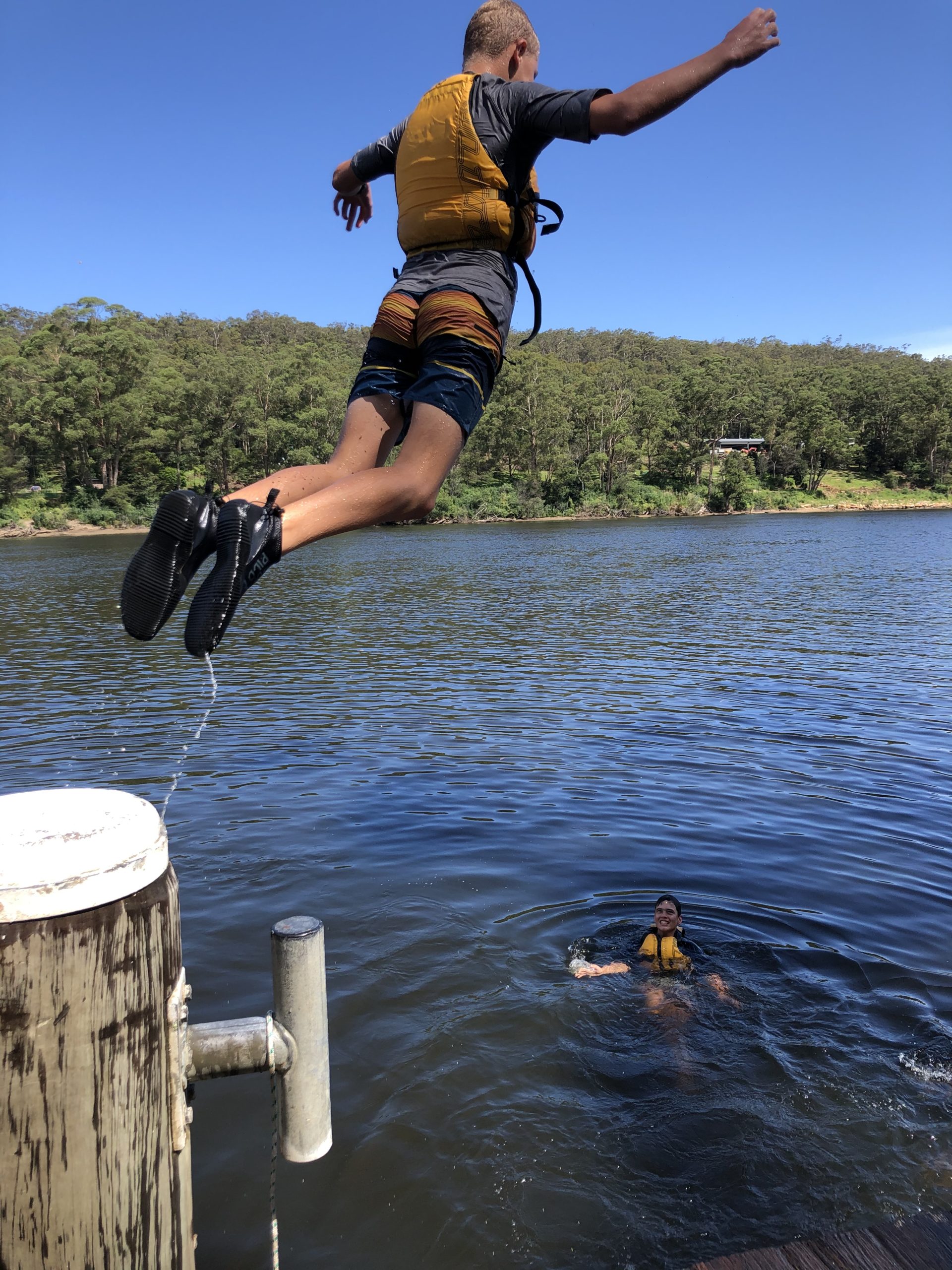