The U/15 Rugby League side was successful in winning the South Coast division of the Country Cup. As a result, Edmund Rice have now qualified for the State Finals of the Country Cup to be played at Cootamundra in Term 3.

A summary of each game is as follows:

Congratulations to all members of the U/15s side. Not only did each of the boys contribute to the playing of an attractive brand of football they also conducted themselves in an impeccable manner all day, displaying outstanding sportsmanship to each of their opponents. 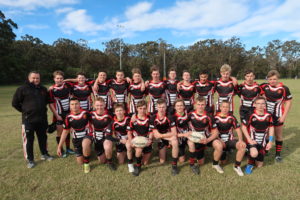 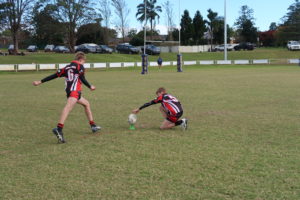 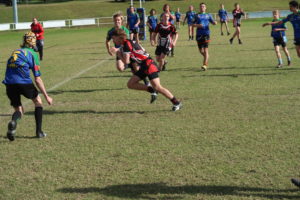 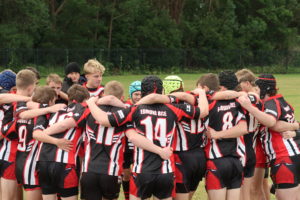 The Open’s Rugby League team travelled to Bomaderry Sporting Complex for the Open’s Country Cup. The team was missing eight of our usual squad due to recent injuries or the OzTag State Cup which was inconveniently held on the same day. In treacherous conditions, our first game was against Mulwaree High from Goulburn. In a tough contest our boys came out on top 12-4 thanks to tries from Harry Hooper and Jack Cesare. Callum McEnearney was also perfect from the boot. Our pack did take a big hit during this game losing our enforcer Noah McNally for the day due to a high ankle sprain.

Game two put us up against Figtree High. On the back of some bruising defence from Kane Davison and Jake Potter, we ran away with it 26-4. Tries to Callum Milsom (double), Harry Hooper, Balunn Simon and Vincent Valentinetti sealed the win. Callum McEnearney and Balunn Simon were phenomenal with the boot in very blustery conditions.

Game three was against our fierce rivals, Kiama High. Unfortunately, due to a few mistakes and injuries (leaving us with barely 13 fit and healthy players), Kiama ran away with it 32-0. The boys battled hard right to the end so should be very proud of their efforts. Co-captains Balunn Simon and Vincent Valentinetti led the team from the front exceptionally well all day. It was impressive to watch their leadership and communication throughout the day.

Big thank you to Peter Hooper who assisted on the day as well as the training sessions before the event. Also thanks to all the parents who travelled down to Bomaderry to cheer on the team in the cold weather. The boys have little time to recover and regroup before the Tom Anderton Shield being held at the UOW on June 20th. 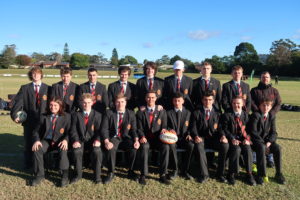 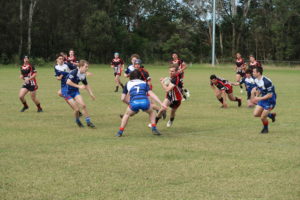 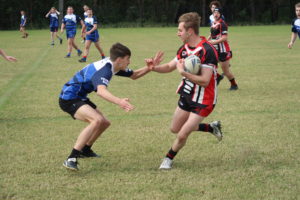 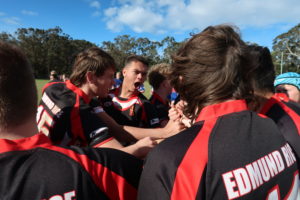