As the coach driver pulled up to pick up the ERC Netball Team, he looked slightly confused (or bemused). “I didn’t know boys played netball,” he said as he loaded the kit bag into the bus. “That’s actually really great.” And so it is.

The black and red is now a regular sight at the Netball NSW Schools Cup where boys compete against other male teams from various schools in the Illawarra. This year, a group of enthusiastic Year 10 students took to the courts with gusto – which resulted in a bit too much contact and stepping – but still developed into a close victory.

ERC played each team twice with convincing wins over Calderwood Christian School and Kanahooka High School. It was against Amity College that our boys met their match by winning the first game by one point, but losing the second game by one point. At the end of the day, it came down to statistics – and ERC came out ahead in goals for and against.

A special thanks to Ms Jade Roper for assisting in coaching and umpiring, as well as the staff and girls from St Mary’s for allowing us to share their bus (and netball tips). 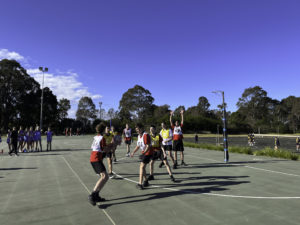 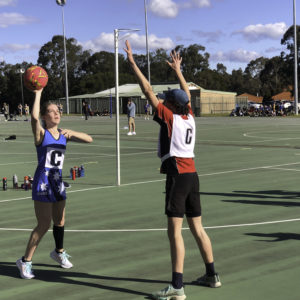 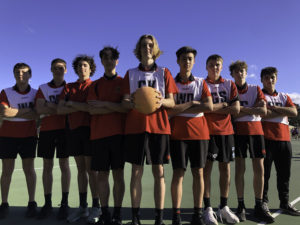