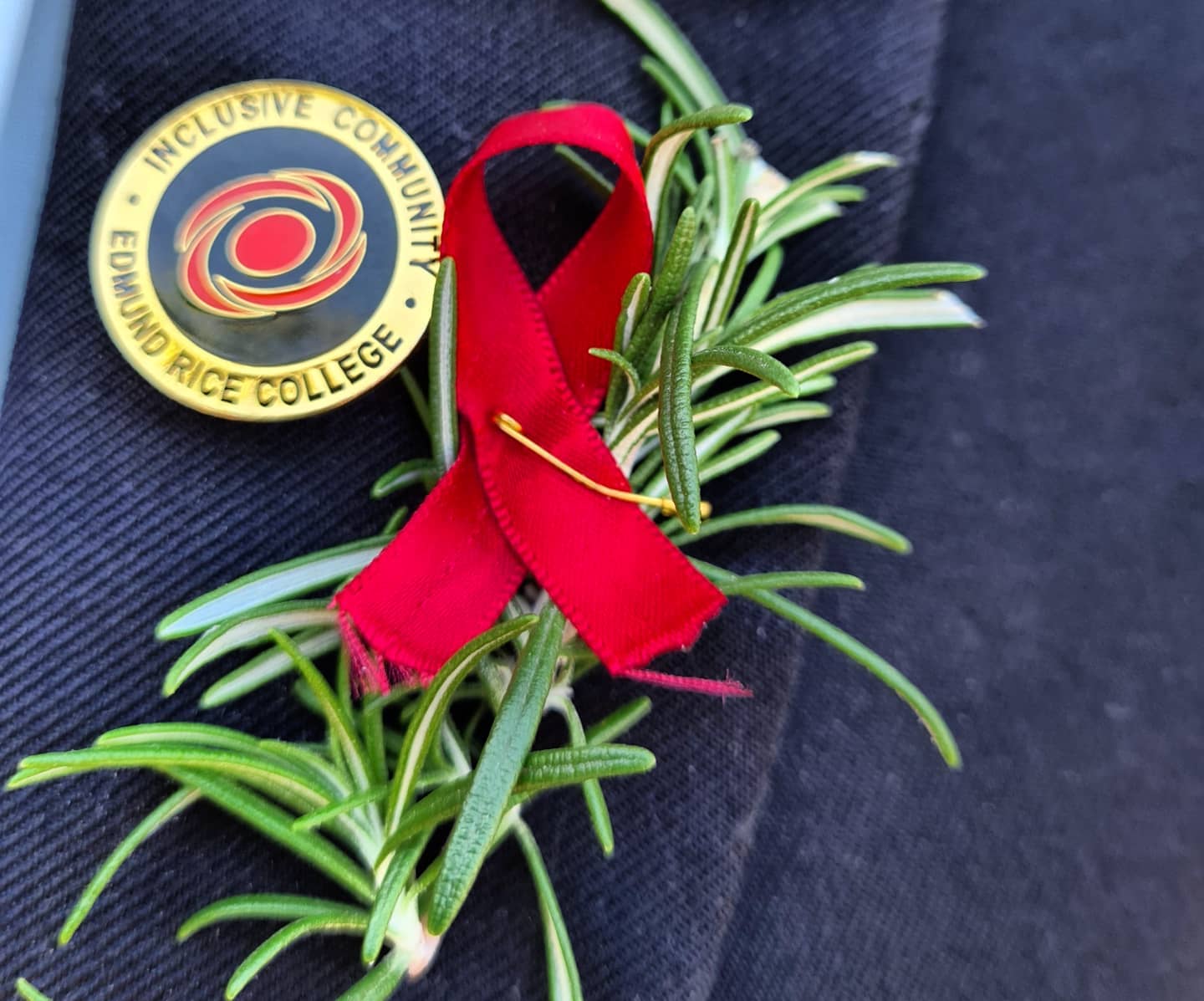 On Wednesday of this week the College stopped for Remembrance Day to pause and reflect on those who have fought and lost their lives for our country. In honour of this important date, the Student Representative Council is supporting Soldier On, a charity dedicated to supporting returned veterans suffering from mental health issues.

As we reflect on the sacrifices of so many Australian men and women who have fought for our country we remember the words from Paul Keating who delivered the Eulogy to the Unknown Soldier delivered on Armistice Day 27 years ago at the site of the grave of the Unknown Soldier.

He is all of them. And he is one of us. The Unknown Australian Soldier we inter today was one of those who by his deeds proved that real nobility and grandeur belong not to empires and nations but to the people on whom they, in the last resort, always depend.

That is surely at the heart of the ANZAC story, the Australian legend which emerged from the war. It is a legend not of sweeping military victories so much as triumphs against the odds, of courage and ingenuity in adversity. It is a legend of free and independent spirits whose discipline derived less from military formalities and customs than from the bonds of mateship and the demands of necessity. It is a democratic tradition, the tradition in which Australians have gone to war ever since.

This Unknown Australian is not interred here to glorify war over peace; or to assert a soldier’s character above a civilian’s; or one race or one nation or one religion above another; or men above women; or the war in which he fought and died above any other war; or of one generation above any that has or will come later.

The Unknown Soldier honours the memory of all those men and women who laid down their lives for Australia. His tomb is a reminder of what we have lost in war and what we have gained. We have lost more than 100,000 lives, and with them all their love of this country and all their hope and energy.

We have gained a legend: a story of bravery and sacrifice and, with it, a deeper faith in ourselves and our democracy, and a deeper understanding of what it means to be Australian.

It is not too much to hope, therefore, that this Unknown Australian Soldier might continue to serve his country – he might enshrine a nation’s love of peace and remind us that in the sacrifice of the men and women whose names are recorded here there is faith enough for all of us.

Today we held the Year 12 Graduation in the Edmund Rice Centre. The Year 12 students were farewelled by the College community in a fitting and memorable way, in keeping with the outstanding record of this year group through their 6 years of schooling at the College.

The high standards of the year group in the way they represented the College and led the Junior students by example throughout their final two years and particularly through this difficult year were replicated by the wonderful celebratory atmosphere and pride with which this fine group of young men embraced today and their final weeks of school.

Next week Mr Michael Elphick, who has conducted parent surveys for the College in past years, will be in touch to ask parents to assist in completing a Parent Satisfaction survey for this year. Thank you for this consideration.

Cultivating Critical Thinkers in the Age of Digital Distraction

This week I attended the Edutech Online Conference. One of the sessions during the two-day conference was insightful on how we should be mindful of the pitfalls with overusing technology in our lives. I find it interesting that some of the world’s famous technology developers, Bill Gates and Steve Jobs, both prohibited their children using Mobile Phones or iPads, considering them distractions in their development. The presenter Dr Nicky Mohan, highlighted through recent studies, the pitfalls of multitasking. We all recognise the benefits of technology in terms of connection and communication, however, we need to recognise the need to foster learners who are focused and are critical thinkers through habit forming opportunities where they are disconnected from distractions. Dr Mohan, highlights the need for children at home when completing homework or revising, to be in a quiet room detached from mobile phones, television and other technology distractions. We hope to have Dr Mohan possibly present next year to parents via a Zoom Webinar on not only the pitfalls of technology, but rather the ways to manage and use innovation to produce learners who are adaptable to change and can innovate through critical thinking. The following link provides further information from Dr Mohan:

Cultivating Critical Thinkers in the Age of Digital Distraction.

Digital Citizenship for students in Year 10

During the Year 10 transition program, which starts next week, students in Year 10 will attend a workshop developed by Ms Ndaira and Mrs Ham on appropriate technology use. This session will remind students of their online presence and importantly their digital footprint they are creating. We sincerely hope to remind students on how important it is to consider what they post online, particularly when using social media. An area that is often discussed by Mr Cajar and Ms Hodson is developing a quality resume when applying for jobs, universities, scholarships etc. Often a factor which can possibly impact success when applying for future endeavors are investigations by prospective employers on the online activity of applicants.

On Monday for one hour, selected Year 9 and Year 10 talented Stem students were involved in presenting a Stem Workshop on Rockets and 3D Print designs to students via zoom at Fairy Meadow Demonstration School. The program will run for another two Monday’s The students who are involved in this program are:

We are hoping to continue to build relationships with primary schools where student leaders in Stem can present and educate via Zoom to students in Year 5.