After a great campaign in the Oztag Regional Tournament earlier this year, the Opens team were full of confidence leading into the Champion of Champions Tournament played at The Ridge Sports Complex late last term. The boys cruised through their six group games undefeated with an average margin of victory being five tries. The only real test was against Seda College Glebe where we won 8-5. The semi final was a one sided affair again with ERC winning by a record margin of 11 tries against Narrabeen Sports High School. This pitted our boys back against the toughest opponent we have faced so far, Seda College Glebe in the grand final. In a chirpy game our team kept their heads and temperament in check as we outclassed Seda College to win 4-0 thanks to Balunn Simon scoring a double and Kane Davison’s rock solid defence in the middle. Essentially this win meant our team is the best school team in NSW! Vincent Valentinetti led all try scorers with 10 for the tournament and Jack Atkins finished on 8. Massive congratulations to the team for their achievement including their exceptional play as well as the level of sportsmanship and respect they displayed both on and off the field.

Another big shout out to Vincent Valentinetti, Balunn Simon, Kane Davison and Alec Rochaix for being selected in the NSW Secondary School Open’s merit team (best performing players of the tournament). Well done guys, great way to send off our Year 12 boys! There’s still plenty of talent eligible to defend the title next year as well. 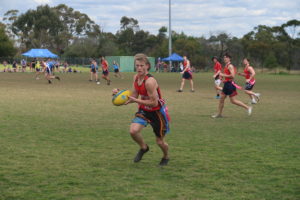 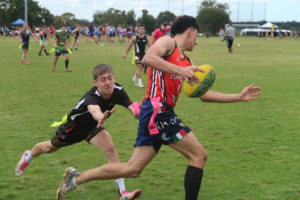 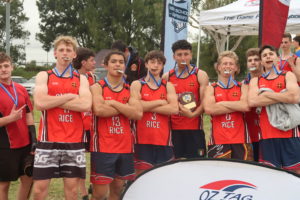 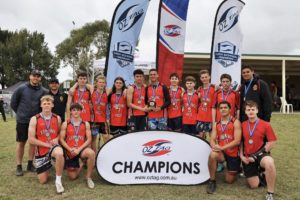